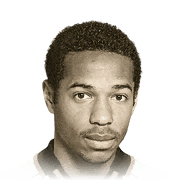 -
Sub out
Upcoming Matches
P. Chemistry
Squad chemistry
ST
83
RW
86
LW
86
CF
85
RF
85
LF
85
CAM
84
CM
76
RM
84
LM
84
CDM
62
CB
55
LB
63
LWB
67
RB
63
RWB
67
Reset
Basic
Sniper
Finisher
Deadeye
Marksman
Hawk
Artist
Architect
Powerhouse
Maestro
Engine
Sentinel
Guardian
Gladiator
Backbone
Anchor
Hunter
Catalyst
Shadow
Comments
Reviews
0
/600
Click here to verify your account in order to comment Update my avatar Dos and don'ts
Top Rated
New
Controversial
Show comments
Top Reviews
Only logged in users can submit a review
A review must be written in English
At least 200 characters are required.
Compare this player to other similar players you have used(optional).
If you import your club to FUTBIN or send us an image with the player data(fill the form below) your review will be marked as verified.
Include what you liked about the player in the pros area and what you disliked about the player in the cons area.
Your review will be manually checked during the next 24 hours.
Chem Style Used
Formations
Position
Rate Player Base Stats (1-10)
Pace
5
Shooting
5
Passing
5
Dribbling
5
Defending
5
Physicality
5
Most Used In:
Submit Review

4.0
The Greatest Premier League Player Ever
10 users liked this review

Where do I start? You expect this card to be amazing in game given how good he was in real life. Let me tell you, he does not disappoint. He is extremely fast and nobody can really catch him. He is a monster in front of goal. He scores most chances you give him. He does however have the tendency to miss the odd chance here or there. His passing is good enough for attacker. He is very capable with linking up play. Surprisingly, his dribbling is decent. He does not feel clunky as you would expect. He feels fluid on the ball which is great. The only issue with the card is stamina. He needs to be subbed off in the 70th minute. All in all, he is a great card and is really worth the price. For a more in depth review, visit my YouTube channel, ''SR7 Productions''.

He is a player that I have recently used in a FUT draft and i must say he did not impress. his passing and crossing were average and for an Icon I would expect them to be much better. His shots were also average and he missed the target 50% of the time. This is a player i would not recommend buying, lots of love. Add my PSN- Sensay_Lunx if you want to chat about how poor this card is.

Squad Appearance (makes the team look better before the game)