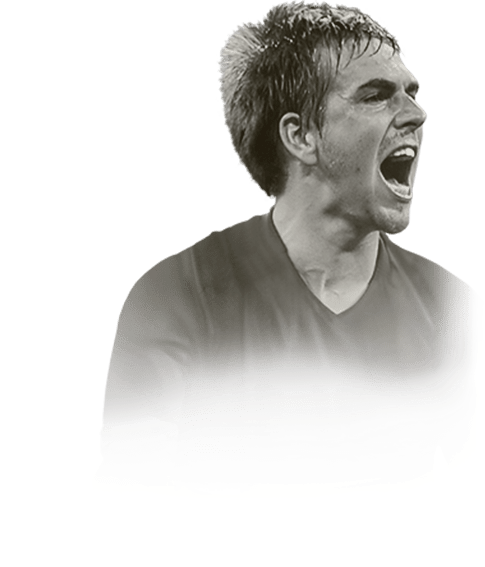 -
Sub out
Upcoming Matches
P. Chemistry
Squad chemistry
ST
81
RW
87
LW
87
CF
86
RF
86
LF
86
CAM
88
CM
90
RM
89
LM
89
CDM
92
CB
88
LB
93
LWB
94
RB
93
RWB
94
Reset
Basic
Sniper
Finisher
Deadeye
Marksman
Hawk
Artist
Architect
Powerhouse
Maestro
Engine
Sentinel
Guardian
Gladiator
Backbone
Anchor
Hunter
Catalyst
Shadow
Comments
Reviews
0
/600
Click here to verify your account in order to comment Update my avatar Dos and don'ts
Top Rated
New
Controversial
Show comments
Top Reviews
Only logged in users can submit a review
A review must be written in English
At least 200 characters are required.
Compare this player to other similar players you have used(optional).
If you import your club to FUTBIN or send us an image with the player data(fill the form below) your review will be marked as verified.
Include what you liked about the player in the pros area and what you disliked about the player in the cons area.
Your review will be manually checked during the next 24 hours.
Chem Style Used
Formations
Position
Rate Player Base Stats (1-10)
Pace
5
Shooting
5
Passing
5
Dribbling
5
Defending
5
Physicality
5
Most Used In:
Submit Review

So, I got him from the glitched icon PP and oh my god, he is absolutely incredible.

Pace: His pace is crazy, if u think kante is fast, this guy will blow ur mind.

Defending: His tackles are clean, and he is like a magnet intercepting everything.

Physical: He is no Vieira, but his crazy stamina means he can run for a full 120 mins.

Dribbling: Once he gets the ball back, he is super silky and agile. The way this guy carries the ball forward is immense.

Passing: From the cdm position, his passes are always perfect, whether its long or short.

Overall he is crazy, the only cdm's that are better than him imo are PIM Vieira, PIM Matthaus and TOTY Kante.

Will probably be in my team till summer.

Aggression could be better

As soon as this SBC became available, I simply knew I had to complete it at any cost. You know when you're watching a YouTube video and it's moving a bit slow for your liking so you crank it up to 1.25x speed? That is how Lahm plays. He is simply everywhere. For a man of such small stature he flies around like toddler thats been bottle-fed espresso. He does not slow down. I am convinced that you could play him for 180 minutes without stopping and suffer no consequences.

His defending is absolutely perfect. He is a pickpocket of the highest order. No matter the player, Lahm will snuggle up against them with a gentle caress and then be off with the ball before they know it. His positioning leaves nothing to be desired. He sees every passing lane and just hangs out there. Opponents will become immensely frustrated because wherever they turn, Little Lahm is there.

His passing is inch perfect. I play him alongside TOTY De Bruyne, and I feel that sometimes Lahm's passing far exceeds that of the Belgian. For such a little man, his passes can pack quite a punch.

Stamina is an irrelevant stat for him, no need to discuss further

He runs the pitch on absolute Demon Time. He scurries around and churns those little legs like you wouldn't believe.

His shooting is surprisingly good. I think this version just has the hidden 'Corner Magnet' Trait that many icons and broken players seem to have.

In short, you must get him. If you don't, even better, I'll be glad to face one less person using this beautiful little man.

To sum it all up, imagine Kante, now imagine a player that does the same thing but better in every way (barring the TOTY of course). Then you have Lahm

-Size maybe, but if you care just go do the Vieira SBC

Was honestly suprised by how good this card was. I expected alot from him, but wow! He might be my favorite player this fifa. Only thing holding him back slightly is his combination of a short height and low phisical. Other than that an incredible card!

Passing, genuinly no wrong pass made in 3 weekend leagues.

Dribbling, feels good on the ball and feels very agile.

Phisicality, a bit weak, but isn't that big of an inconvenience.

Shooting, Not really needed that often, but would be a nice bonus to have better shooting