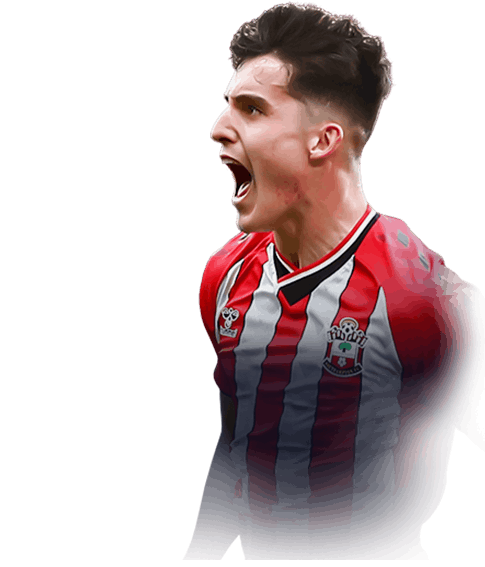 -
Sub out
Upcoming Matches
P. Chemistry
Squad chemistry
ST
80
RW
86
LW
86
CF
83
RF
83
LF
83
CAM
84
CM
85
RM
87
LM
87
CDM
87
CB
87
LB
89
LWB
90
RB
89
RWB
90
Reset
Basic
Sniper
Finisher
Deadeye
Marksman
Hawk
Artist
Architect
Powerhouse
Maestro
Engine
Sentinel
Guardian
Gladiator
Backbone
Anchor
Hunter
Catalyst
Shadow
Comments
Reviews
0
/600
Click here to verify your account in order to comment Update my avatar Dos and don'ts
Top Rated
New
Controversial
Show comments
Top Reviews
Only logged in users can submit a review
A review must be written in English
At least 200 characters are required.
Compare this player to other similar players you have used(optional).
If you import your club to FUTBIN or send us an image with the player data(fill the form below) your review will be marked as verified.
Include what you liked about the player in the pros area and what you disliked about the player in the cons area.
Your review will be manually checked during the next 24 hours.
Chem Style Used
Formations
Position
Rate Player Base Stats (1-10)
Pace
5
Shooting
5
Passing
5
Dribbling
5
Defending
5
Physicality
5
Most Used In:
Submit Review

Hi guys, I wanted to talk about this Livramento card. I don't understand how he's only 40k. Very fast with good defending and physicality and also solid passing. He's the best prem rb so I recommend it to you if he fits in your team

passing aint the best but its actually more than decent

high med (he can left spaces for your opponent)

that's all, maybe the 2* skills for somebody, but I guess that nobody do flicks with a rb

In terms of Value for money, one of the best RBs on the game.

I was previously using 87 Tavernier, 89 Trent, and then Moments Dest in a Laliga defence who I have to say is still in my opinion, the best RB in the game in terms of value for money. Livra had big shoes to fill, and although he's not quite Dest standard, he's still a very dependable RB.

I've tried him on Anchor, Backbone, Guardian and Sentinel, all for over 10 games each and personally think Backbone is best

Personally, I don't think his pace needs a boost at all. Doesn't feel quite 99 like Dest's base pace stat did, but more than enough to catch up with almost any opponent. Only one I've noticed him struggle to contain is TOTS Jota who seems to have 200 pace.

Only real weakness here. his actual dribbling is decent, but the 2* skills are a big issue for me. I'm not a super skilful player but I always forget the 2* skills when going for a roulette or flick-flack and it has caused me to lose possession quite a few times. Remember this though, and you should be fine.

Surprisingly good. Looks small and nimble so thought it'd be a weakpoint but actually wins most headers against wingers or similarly sized strikers and the stamina lasts all game. 96 aggression is a big positive too.

Again, surprisingly good- scored a couple of good goals where he's ran the length of the pitch on a counter attack- much better than most wingbacks.

Overall, I'd definitely recommend if you need a pretty cheap Prem RB. If you only need an English one, I'd recommend 87 Tavernier or TOTS Trent, since i found them more effective, but for those vital Prem links, Livra is a solid defender who can definitely be used as an attacking RB on Backbone. Personally think he's better than any of Trent's cards except TOTS, which is 3 times the price, so if you're on a budget, give him a shot.

Very Fast without a boost

Solid all round defender

There are definitely better RBs out there, but most at a much higher price or much harder to link.