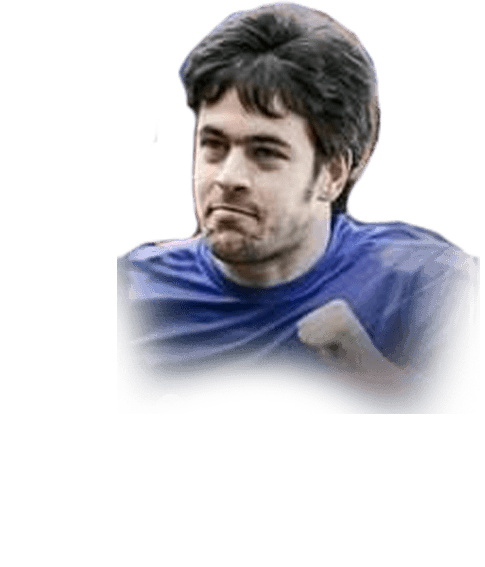 -
Sub out
Upcoming Matches
P. Chemistry
Squad chemistry
ST
82
RW
87
LW
87
CF
86
RF
86
LF
86
CAM
87
CM
82
RM
87
LM
87
CDM
69
CB
60
LB
68
LWB
72
RB
68
RWB
72
Reset
Basic
Sniper
Finisher
Deadeye
Marksman
Hawk
Artist
Architect
Powerhouse
Maestro
Engine
Sentinel
Guardian
Gladiator
Backbone
Anchor
Hunter
Catalyst
Shadow
Comments
Reviews
0
/600
Click here to verify your account in order to comment Update my avatar Dos and don'ts
Top Rated
New
Controversial
Show comments
Top Reviews
Only logged in users can submit a review
A review must be written in English
At least 200 characters are required.
Compare this player to other similar players you have used(optional).
If you import your club to FUTBIN or send us an image with the player data(fill the form below) your review will be marked as verified.
Include what you liked about the player in the pros area and what you disliked about the player in the cons area.
Your review will be manually checked during the next 24 hours.
Chem Style Used
Formations
Position
Rate Player Base Stats (1-10)
Pace
5
Shooting
5
Passing
5
Dribbling
5
Defending
5
Physicality
5
Most Used In:
Submit Review

Since there doesnt exist many good attacker in the game yet I decided to try out Cole as my striker for the first WL. He played alone up top in a 4231 and help me massivly in securing rank 2. If you like to get the ball into the box to twist and turn this man is for you. Doesnt quite have the pace to run in behind on through balls put he isnt slow. Scores most of his chances which is always nice and has really good passing, a must in this game. If you are unsure just buy him, for me he was better then Son and Mane.

Best forward tried. Played him as a striker in a 433(4) and a 442 and I have to say he is a goal-scoring machine and overall one of the most complete forwards so far.

Pace: 98(88) - Can't get much faster than that and you feel it in game. Coupled with his dribbling/agility he easily outruns the defenders both on runs and from a standing position.

Shooting: 90(84) - He just loves scoring. Great overall stats especially for the chances he gets (volleys on runs behind the defenders/ turn around while pressed from behind and shoot)

Passing: 86 - Rarely misses a pass. His short passing game is solid and when needed he can put a cross. Haven't really tested his long range passing since he usually is the most forward player.

Dribbling: 90 - His dribbling is insane. One moment you are back to the goal with VVD pressing you, and with just a flick of the left stick you'll be facing the goal with no one but the keeper to beat. Once he has the ball between his feet, it'll be though to lose. I am not a good dribbler (probably the weakest part of my game) but he just beats the defenders on his own!

Physical 72 - Now this one is pretty funny. Decent jumping but not really useful since he is 176cm, but still better than expected. His stamina is a little bit underwhelming, but he's one of those players that keeps on going even when his stamina is depleted. Strength is the real jewel of the crown, 69 (nice) on card but somehow he bullies Varanes, VVD's and any other Kimpembe you throw at him simply outmuscling them.

in extra time, could be stamina