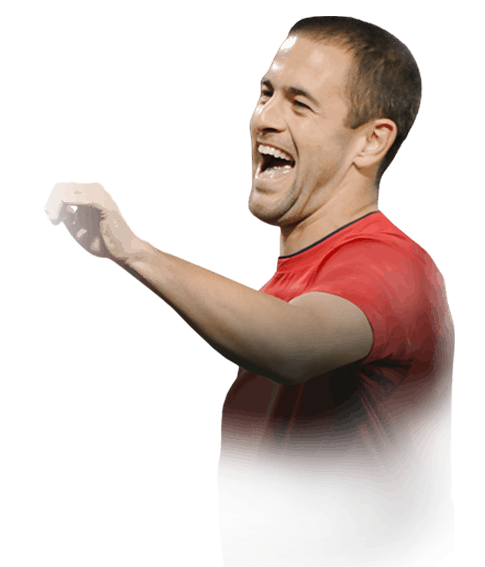 -
Sub out
Upcoming Matches
P. Chemistry
Squad chemistry
ST
90
RW
96
LW
96
CF
94
RF
94
LF
94
CAM
95
CM
91
RM
95
LM
95
CDM
78
CB
69
LB
77
LWB
81
RB
77
RWB
81
Reset
Basic
Sniper
Finisher
Deadeye
Marksman
Hawk
Artist
Architect
Powerhouse
Maestro
Engine
Sentinel
Guardian
Gladiator
Backbone
Anchor
Hunter
Catalyst
Shadow
Comments
Reviews
0
/600
Click here to verify your account in order to comment Update my avatar Dos and don'ts
Top Rated
New
Controversial
Show comments
Top Reviews
Only logged in users can submit a review
A review must be written in English
At least 200 characters are required.
Compare this player to other similar players you have used(optional).
If you import your club to FUTBIN or send us an image with the player data(fill the form below) your review will be marked as verified.
Include what you liked about the player in the pros area and what you disliked about the player in the cons area.
Your review will be manually checked during the next 24 hours.
Chem Style Used
Formations
Position
Rate Player Base Stats (1-10)
Pace
5
Shooting
5
Passing
5
Dribbling
5
Defending
5
Physicality
5
Most Used In:
Submit Review

Was honestly disappointed to pack Joe Cole in my 1 of 5 95+ Shapeshifter player pick, but decided to give him a go and swap him in for Eto'o. El Shaawary was my CAM with Eto'o in the line up but decided to move him to striker to try Cole as a CAM. Strong links to my Atal so it was a reasonable decision to put him In the lineup.

Through 7 FUT Champs Playoff games, Cole managed to score 14 goals with 4 assists as my CAM for a 2.57 G/A ratio. The chem style I decided to use was a Maestro to boost his shooting, dribbling and passing stats. The main downside to the maestro chem style was his lack of attack positioning, but his long passing without the maestro leaves a lot to be desired; so it is a bit of a double edged sword. His 88 positioning often found him either not involved in the attack or just never in the right spot in different points of the game.

Pace is fairly good without boosting it. If you want to play him as a striker then a pace boost could help since everybody has 99 Pace CBs at this point.

Joe Cole is very good at hitting the ball with his purse whenever he finds himself in the right spots. Deadly accurate from distance and clinical inside the box. Free kicks with the Maestro chem style are close to broken with him putting 3 FKs in the back of the net through 7 games. Again, the positioning is poor so I may switch from Maestro to a deadeye chem style.

With the maestro chem style he is very accurate with the pass. Sending Adama or Shaawary or Atal on a deep run down field, Cole can dime them with ease. Maestro makes him an ideal CAM for this enhanced passing ability, but again I'll be trying out some different styles and positions to see where he'll contribute the most.

We all know the gameplay in FIFA 22 can be very inconsistent and that really showed some games where his dribbling did not feel as sticky or as quick as it does in solid gameplay. 5 star skills are of course a huge plus for a lot of people, so maybe your experience will be different. I prefer players that have sticky left stick dribblng, like Insigne or Felipe Anderson but Cole was fairly serviceable in that aspect. Again, just depends on the gameplay.

Stamina is perfect, everything else is bang average.

About 290k on Playstation I think he'd be a solid addition to any Ligue 1 side, especially if you don't have Messi or Neymar money. I think for what he can offer in game, if I didn't pack him I would spend the coins for team chemistry purposes as well as what Joe Cole brings to the table. I say buy.