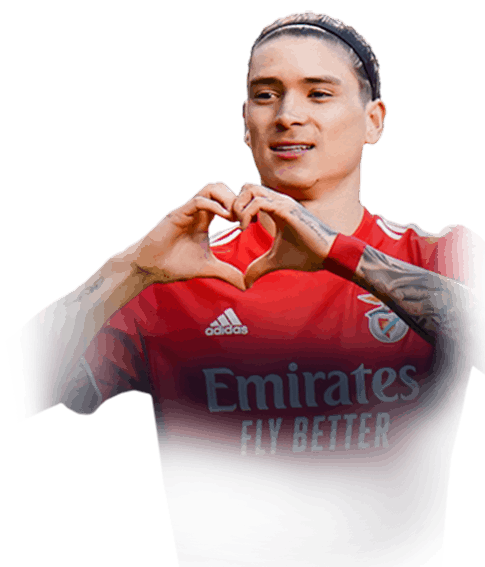 -
Sub out
Upcoming Matches
P. Chemistry
Squad chemistry
ST
95
RW
93
LW
93
CF
94
RF
94
LF
94
CAM
93
CM
88
RM
93
LM
93
CDM
76
CB
72
LB
75
LWB
77
RB
75
RWB
77
Reset
Basic
Sniper
Finisher
Deadeye
Marksman
Hawk
Artist
Architect
Powerhouse
Maestro
Engine
Sentinel
Guardian
Gladiator
Backbone
Anchor
Hunter
Catalyst
Shadow
Comments
Reviews
0
/600
Click here to verify your account in order to comment Update my avatar Dos and don'ts
Top Rated
New
Controversial
Show comments
Top Reviews
Only logged in users can submit a review
A review must be written in English
At least 200 characters are required.
Compare this player to other similar players you have used(optional).
If you import your club to FUTBIN or send us an image with the player data(fill the form below) your review will be marked as verified.
Include what you liked about the player in the pros area and what you disliked about the player in the cons area.
Your review will be manually checked during the next 24 hours.
Chem Style Used
Formations
Position
Rate Player Base Stats (1-10)
Pace
5
Shooting
5
Passing
5
Dribbling
5
Defending
5
Physicality
5
Most Used In:
Submit Review

5.0
THIS CARD IS INSANE
5 users liked this review

Yes, you read that right. This card is absolutely ridiculous! I used him in elite and fut champs qualifiers and he managed to get 25 GOALS AND 4 ASSISTS IN 10 GAMES!!! For highlights of this you can visit my youTube channel :"KLN STUDIOS" - video title :"THE LEGACY CONTINUES! DARWIN NÚÑEZ! - 94 RATED TOTS DARWIN NÚÑEZ REVIEW! - FIFA 22"

With that being said, let's go through each face stat.

The pace is absolutely ridiculous, he is so so fast and you can feel it ingame too despite his height of 6'2.He outpaces literally everyone, even Hakimi ;) . Honestly, a 10/10 for Pace.

The shooting is top tier. I used a maestro chem style just to help boost his technical ability and the long shots. He scored everything and that 99 shot power was the core reason for that. Inside the box and outside the box is insane, he scores everything. A 9.7/10 for Shooting.

Passing on this card is very good too, he can make long passes(perhaps because of the maestro chem style but you can fiddle around with your preferred chem style), short passes, over through balls and normal passes. In other words he can do everything when it comes down to passing haha. So for passing I'll give him a 9.5/10 for passing.

Surprisingly, he has insane dribbling despite being so tall. He comes out of everything with the ball, he keeps it so close to his body all the time and comes out of the 5* skills very quickly too. So for me a 9.8/10 for Dribbling.

Defending doesn't matter but he does make a few good tackles because of the high defensive work rate and the 98 pace and physical.

Physical? In simple words, this man pushed TOTS Van Dijk. If that doesn't give away how strong this card is, no words will do him justice! He is so strong and so difficult to push off the ball and lasts the whole game too. A 10/10 for physical.

Overall, this card is cracked. I really recommend him if you do have the coins. I probably shouldn't need to say this but this card is definitely most effective at ST, but you can use him at CAM or out wide if you really want to.

to be honest, unless you have Suarez or a lot of icons it is difficult to link this card which is probably the only reason why he's under 500k

Hi all, I just wanted to share my honest opinion on this new Darwin Nunez card. When I saw his in games and weak foot/skill upgrades I couldn’t wait to try him out, so I did. I managed to pick him up for 920k right after his price range upgrade. As the title suggests I didn’t really get along with Darwin. Although his stats look unbelievable on the surface, his size, body type and workrates lowered my expectations and in hindsight: rightfully so.

One of the most frustrating aspects to this card. You’d expect him to be rapid, but in game he didn’t feel anywhere close to 98 pace. A card like mid-Cruyff feels waaaaay quicker to me. This is probably because of the sheer size of him.

Darwin managed to score in basically every game he played in, but it wasn’t necessarily due to him being clinical in front of goal, if anything he really underperformed finishing wise. Similar TOTS cards like Zaha and Talisca seem to be more reliable.

Absolutely woeful. I tried him in both a one and two striker formation and in both scenarios his passing let me down. His through balls get intercepted very often and his short passing fell short to my expectation as well. He was a liability on the counter attack.

Probably better than I initially expected. Quite similar to the better CR7 cards and miles better than someone like Ginola. He manages to turn quickly but meta skill moves like a scoopturn and elastico flew quite far from his foot from time to time. Doesn’t have any glitchy animations like Mbappé or CR7. Felt quite similar in-game to TOTS Son and Talisca on the ball, which for me isn’t smooth enough.

Just like the stats suggest, he’s a massive unit in game. Managed to outmuscle TOTS VVD several times and got to loose balls other strikers wouldn’t.

If you like to have a strong striker that gets you a goal when needed: try him out. But do not expect him to be able to turn like a Mbappé or Felix. He feels too clunky to me, which made me get rid of him despite not losing a single game with him in my team. There are tons of better options within/under the same price range.