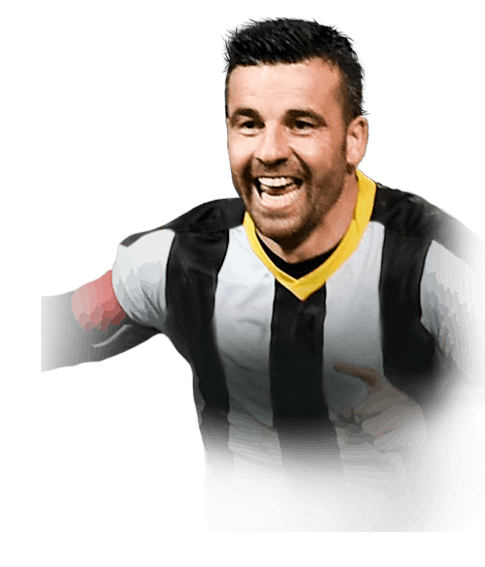 -
Sub out
Upcoming Matches
P. Chemistry
Squad chemistry
ST
96
RW
97
LW
97
CF
97
RF
97
LF
97
CAM
97
CM
91
RM
96
LM
96
CDM
75
CB
66
LB
74
LWB
78
RB
74
RWB
78
Reset
Basic
Sniper
Finisher
Deadeye
Marksman
Hawk
Artist
Architect
Powerhouse
Maestro
Engine
Sentinel
Guardian
Gladiator
Backbone
Anchor
Hunter
Catalyst
Shadow
Comments
Reviews
0
/600
Click here to verify your account in order to comment Update my avatar Dos and don'ts
Top Rated
New
Controversial
Show comments
Top Reviews
Only logged in users can submit a review
A review must be written in English
At least 200 characters are required.
Compare this player to other similar players you have used(optional).
If you import your club to FUTBIN or send us an image with the player data(fill the form below) your review will be marked as verified.
Include what you liked about the player in the pros area and what you disliked about the player in the cons area.
Your review will be manually checked during the next 24 hours.
Chem Style Used
Formations
Position
Rate Player Base Stats (1-10)
Pace
5
Shooting
5
Passing
5
Dribbling
5
Defending
5
Physicality
5
Most Used In:
Submit Review

I'm usually not writing reviews, but i just had to after I packed him in my 84+x25 Pack for Summer Swap Tokens.

I play him in my 4-2-2-2 Serie A team, which I luckily played before, so I didnt need to build a team for him.

But hear me out, i play him with Lozano as second striker and El Shaarawy Shapeshifter behind him and he's incredible. His dribbling is out of this world, the best dribbler I've played this whole year. His physicality isn't the best and you feel that, but that doesnt matter, cause he's so fluid with the ball. He feels like a young messi. He has everything you need from a striker, his finishing is top notch, his passing feels good, he has the finesse shot and 5* skills. What do you need more? And most important, he changes everything on the pitch.

He makes runs, that I've not seen anyone else doing, his positioning is out of this world. Everytime I would've lost the ball in the past, he somehow manages to be in a good spot to save my possession. the flair trait is so important this year, cause it feels like people with this trait have better finishing, than other players with the same numbers but not the trait.

And even if he's not scoring goals, he puts pressure on the opposite, so my Lozano has a great chance. He changed my game and my team. He's AMAZING.