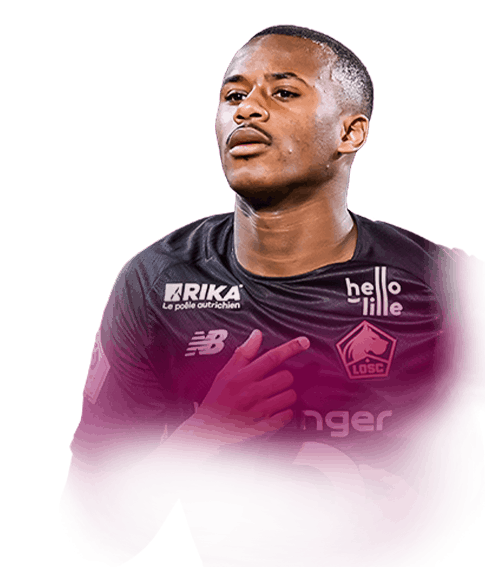 -
Sub out
Upcoming Matches
P. Chemistry
Squad chemistry
ST
78
RW
80
LW
80
CF
80
RF
80
LF
80
CAM
82
CM
85
RM
83
LM
83
CDM
91
CB
91
LB
89
LWB
88
RB
89
RWB
88
Reset
Basic
Sniper
Finisher
Deadeye
Marksman
Hawk
Artist
Architect
Powerhouse
Maestro
Engine
Sentinel
Guardian
Gladiator
Backbone
Anchor
Hunter
Catalyst
Shadow
Tiago Djaló Objectives
Efficient Scorer
Score in 3 separate Squad Battles matches on min. Professional difficulty (or Rivals).
Defensive Maniac
Assist 5 Goals while having min. 5 Defenders in your starting squad in Squad Battles on min. Professional difficulty (or Rivals).
Five in France
Score 5 goals using Ligue 1 players in Squad Battles matches on min. Professional difficulty (or Rivals).
Supply Drop
Assist using Ligue 1 players in 7 separate Squad Battles Wins on min. World Class difficulty (or Rivals).
Comments
Reviews
0
/600
Click here to verify your account in order to comment Update my avatar Dos and don'ts
Top Rated
New
Controversial
Show comments
Top Reviews
Only logged in users can submit a review
A review must be written in English
At least 200 characters are required.
Compare this player to other similar players you have used(optional).
If you import your club to FUTBIN or send us an image with the player data(fill the form below) your review will be marked as verified.
Include what you liked about the player in the pros area and what you disliked about the player in the cons area.
Your review will be manually checked during the next 24 hours.
Chem Style Used
Formations
Position
Rate Player Base Stats (1-10)
Pace
5
Shooting
5
Passing
5
Dribbling
5
Defending
5
Physicality
5
Most Used In:
Submit Review

So, basically I was looking for a new CB for my team as Kounde TOTS made me a little bit nervous during FCH Qualifiers. And then I decided to complete the Djalo objective, which was one of the best decisions I made this year in FIFA. This guy, just after he joined my team and paired up with Wood Shapeshifter, created a unpassable wall, which could only be destroyed by either FIFA will or Mendes, which plays in my squad only for chemistry. But as I was facing cards such as Ginola 98, Ronaldo 99, Son 97, this guy will definitely be their nightmare since this Fut Champions. Fast, agile, strong and almost perfect at tackling. Thanks to him I could easily manage to save this weekend after starting with 2:4 score, ending up with 11:5, and this guy played a key part in it. If you have some spare time, do him, because he won't let u down.

Sometimes he came late for headers

This guy feels like desailly, mario gomez and kalulu all in one. He is so so good, his agility, pace and strength in game are amazing. His tackles are strong and has that crunch to them.Not much else to say, my favorite cb along with chielini. I play them together, finished rank 3 this week with this guy at the back and he definitely is Top 5 CB could be top 3 behind Chielini and shapeshifter kyle walker. I think he is better than ruben dias toty and militao tots.