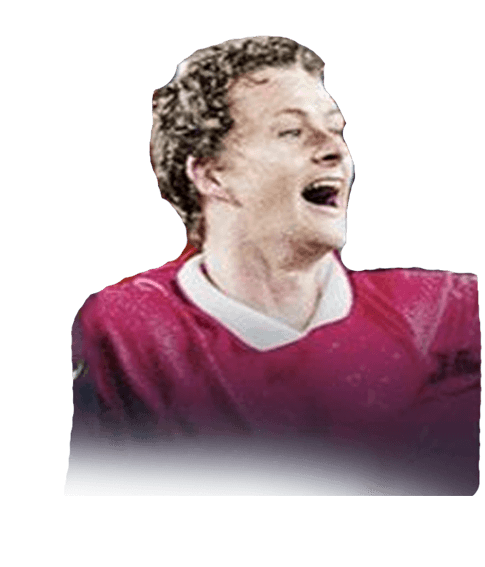 -
Sub out
Upcoming Matches
P. Chemistry
Squad chemistry
ST
86
RW
84
LW
84
CF
86
RF
86
LF
86
CAM
83
CM
76
RM
82
LM
82
CDM
61
CB
56
LB
63
LWB
65
RB
63
RWB
65
Reset
Basic
Sniper
Finisher
Deadeye
Marksman
Hawk
Artist
Architect
Powerhouse
Maestro
Engine
Sentinel
Guardian
Gladiator
Backbone
Anchor
Hunter
Catalyst
Shadow
Comments
Reviews
0
/600
Click here to verify your account in order to comment Update my avatar Dos and don'ts
Top Rated
New
Controversial
Show comments
Top Reviews
Only logged in users can submit a review
A review must be written in English
At least 200 characters are required.
Compare this player to other similar players you have used(optional).
If you import your club to FUTBIN or send us an image with the player data(fill the form below) your review will be marked as verified.
Include what you liked about the player in the pros area and what you disliked about the player in the cons area.
Your review will be manually checked during the next 24 hours.
Chem Style Used
Formations
Position
Rate Player Base Stats (1-10)
Pace
5
Shooting
5
Passing
5
Dribbling
5
Defending
5
Physicality
5
Most Used In:
Submit Review

4.0
Ole's at the wheel (phenomenal striker)
49 users liked this review

Ole is an incredible striker in game. He doesn't have many flaws. The main issue that you see is his stamina. He tends to get tired by the 70th minute but he still is able to play the full game should you use him efficiently. Hes very fast and agile in game, especially if you use an engine chem style. His passing is decent for a striker. His power shots are phenomenal but his finesse shots leaves a bit to be desired. If you want an in depth review of Solskjaer accompanied by some gameplay, visit my YouTube channel "SR7 Productions".

What to say about this player ?

Ole Gunnar Solskjaer, it's a player who will be underestimated on this fifa.

With the stats he has, you might think he's an unplayable striker, except that it's totally the opposite. In front of the goal, he misses nothing, he solved my finishing problems

He's very agile and fast due to it's small size and does not fall often. He gives good passes for the stats he has.

If you hesitate to take it, I strongly recommend it

Once I saw Ole's new card, I knew I had to get him as an MU fan. I got him for 113k after the hero pack upgrades released and it's safe to say that this hero card is such a bargain if you can get him for under 120k. I bought him when I was Div 3 rank 1 and he got me straight to Div 1 in 2 days without any complications. It only was when I reached div 1 where Solskjaer struggled to make an impact and had to be subbed after half time.

I played him more like a secondary striker next to Mbappe, mostly as a rf in a 4321. He assisted and scored quite a few from the right, I think he's alright as a secondary striker as long as you don't rely solely on him. He's finishing is really good and he gets into amazing positions most of the time. Not to mention the amount of goals Solskjaer got me by winning the ball back from defenders upfield is crazy, trust me. However, he gets pushed off the ball almost every time when contested by a defender, feels a bit like Butrageuno. Solskjaer's 3 sm isn't much of a problem to me as I don't really use elaborate skills but if you do, he won't be the right fit.

Overall, get him for the sentimental value if you're an MU fan especially considering that he is really cheap right now. He is more than usable in any divisions below Div 1 and Elite (at least for me).

Wins the ball so much from opposition defenders upfield (surprisingly)

Pace (not rapid, but good enough)