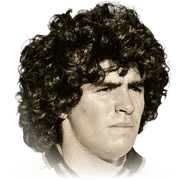 -
Sub out
Upcoming Matches
P. Chemistry
Squad chemistry
ST
86
RW
90
LW
90
CF
90
RF
90
LF
90
CAM
90
CM
84
RM
90
LM
90
CDM
65
CB
55
LB
64
LWB
68
RB
64
RWB
68
Reset
Basic
Sniper
Finisher
Deadeye
Marksman
Hawk
Artist
Architect
Powerhouse
Maestro
Engine
Sentinel
Guardian
Gladiator
Backbone
Anchor
Hunter
Catalyst
Shadow
Comments
Reviews
0
/600
Click here to verify your account in order to comment Update my avatar Dos and don'ts
Top Rated
New
Controversial
Show comments
Top Reviews
Only logged in users can submit a review
A review must be written in English
At least 200 characters are required.
Compare this player to other similar players you have used(optional).
If you import your club to FUTBIN or send us an image with the player data(fill the form below) your review will be marked as verified.
Include what you liked about the player in the pros area and what you disliked about the player in the cons area.
Your review will be manually checked during the next 24 hours.
Chem Style Used
Formations
Position
Rate Player Base Stats (1-10)
Pace
5
Shooting
5
Passing
5
Dribbling
5
Defending
5
Physicality
5
Most Used In:
Submit Review

It's easy to see most icons and consider them overpriced. Even the better icons such as Nedved or Del Piero give you the impression that they could be replaced for a fraction of the cost by the latest promo card. I wondered whether that was the case for El Diego - a player I was too young to watch but who's on the field exploits live on. But dear lord, Diego Maradona is fantastic.

I run him in a 4-4-2 as the left striker. Beside him, he's been partnered by Corona, 2IF Vini and POTM Salah.

His dribbling is exquisite. The best I've used outside of Pele in draft. He can twist and turn his way through entire teams. Skill moves come off at lightning speed. But what separates him from players like Vini and Neymar is the absolute power in which he moves. When Yaya Toure said Hazard's bum was important to his footballing ability, you could say the same about Maradona. Defenders bounce off him as he explodes away.

People used to say that icons play above their stats. I've played with a lot of icons over the past few years but Maradona is the first one I believe that for. His passing is impeccable despite it being worse than his Mid - I'm not sure you could notice any difference in game. In fact, I struggle to see how the Mid is more expensive with less stamina and less pace. Essentially you're paying for a passing improvement. Maybe worth it for CAM but not for striker.

His shooting is deadly...on his left. On his right, he is inconsistent. Still good enough, but the only real let down on the entire card is the weak foot. It's what separates Maradona from Pele.

His greatest attribute though, on top of the killer finishing and mazy dribbles is the pure power in which he bulldozes through defenders. He has the Mbappe glitch factor where Kimpembe ends up sprawled on the floor behind him. He wins pretty much any ball that's even passed near him - if I had a centre back who defended as well as this I'd pay 2 million coins for it.

I'm just in awe of how good he is. Like I mentioned earlier, I currently play him with Salah POTM. I thought the cards would be quite similar based on the stats, but Maradona has made me incredibly disappointed in Salah. He is so so so much better. That's not to say Salah is bad - we all know he is good in game, but Maradona is smoother, more powerful, faster, more agile.

Hi, first of all, this is my first review in Futbin and I'm not an English native, so don't go too hard on me.

I decided to complete a baby/mid icon sbc and I loved the result, baby Maradona.

I tried him in several positions(LAM, CAM, LST, and is no surprise that he was very good in all of them

of the 85 games, most were as a LAM, and I think this is his best position; his ability to make runs, dribble, skill, and pass are what make Maradona the perfect player to destroy the wing and also go into the area.

His body type is something weird, I can assure you that, he feels agile and so good with the ball, but at the same time he's very strong.

From now on I will compare him with: baby pelé, Ginola, Mbappe, Messi, puskás and more

-Skills: Maradona's best attribute in my opinion is his skills, I find them smoother than any other player I have tried

-Agility: He's the 2nd most agile player I've tried, only behind of Messi (not the typical agile player, body type makes it weird, but good)

-Positioning: he's very intelligent, and always knows where to be

-Passing: I don't usually find differences in passing, but I'll say he doesn't miss as much as other players like kanté

-physicality: strong and good stamina, it's very difficult to take the ball away from him

-shooting: when he shoots with his left foot it's pretty good, nothing special, but the 3 stars week foot really bring down the shooting stat. he scores what he must, but he's not that crazy Ginola or Mbappe who score everything you bring them.

I will say he's better than pelé at everything except shooting, so if you're looking for a high-value Icon as a Cam, go for Maradona, he will create a lot of game, score big chances, and is probably one of the most fun cards I've tried in all the fifas I've played, but if you're looking for a perfect striker whos scores you the most goal per game, I think there are better options like Mbappe and Ginola.

For being an Icon he's not extremely expensive like pelé r9 or eusébio, and week foot is hi's only downside; but of course, he's an icon, you'll find similar cards for better price like Messi.

I personally wouldn't buy him as a game-changer as striker is the most important position of my team, but if you just want to have fun, go ahead and enjoy skilling and passing through the whole enemy team