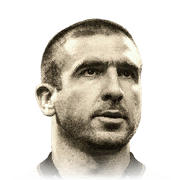 -
Sub out
Upcoming Matches
P. Chemistry
Squad chemistry
ST
90
RW
90
LW
90
CF
90
RF
90
LF
90
CAM
90
CM
86
RM
90
LM
90
CDM
74
CB
69
LB
72
LWB
74
RB
72
RWB
74
Reset
Basic
Sniper
Finisher
Deadeye
Marksman
Hawk
Artist
Architect
Powerhouse
Maestro
Engine
Sentinel
Guardian
Gladiator
Backbone
Anchor
Hunter
Catalyst
Shadow
Comments
Reviews
0
/600
Click here to verify your account in order to comment Update my avatar Dos and don'ts
Top Rated
New
Controversial
Show comments
Top Reviews
Only logged in users can submit a review
A review must be written in English
At least 200 characters are required.
Compare this player to other similar players you have used(optional).
If you import your club to FUTBIN or send us an image with the player data(fill the form below) your review will be marked as verified.
Include what you liked about the player in the pros area and what you disliked about the player in the cons area.
Your review will be manually checked during the next 24 hours.
Chem Style Used
Formations
Position
Rate Player Base Stats (1-10)
Pace
5
Shooting
5
Passing
5
Dribbling
5
Defending
5
Physicality
5
Most Used In:
Submit Review

Cantona is hands down the best ST I have used in this game, his size, pace and finishing ability make him unplayable.

Using him in a 4321 as the main focal point of the attack he just scored goal after goal after goal, shrugging of defenders and winning areal duels against the likes of Van Dijk and Koulibaly.

I was originally sceptical about using Cantona with him only having 85 pace however he feels 10x faster than this and is only ever caught up by the likes of Davies Walker and Hakimi.

Kills people off in the elite division

Stamina gets tired by 70'

price however he is worth it

Packed Cantona from Div Rivals rewards tradeable, and honestly he is very good at ST, CAM, or CM for me in Elite Division and Fut Champions. Seeing the low reviews just makes me think about the poor Cantonas that are in the hands of Division 8 players that don't know how to pass and just spam through balls, because that is not going to work with him.

Let me make this quick. He is ok as part of a striking duo in a 442/4222 as long as the other striker is quick and agile such as Mbappe. Cantona is not the quickest but he is quick enough with a hunter, and his dribbling in terms of agility is passable at a high level to make it work due to his 5 star skllls and weak foot that shoots just as good as his stronger foot. He is very good for me as a CM in a 41212 narrow, where his strength shines through.

Going further into how he shines in my 41212. I have both of my CMs on get forward so they basically act as CAMs, and defensively I do just fine in elite and fut champs. As as CM, he is able to win every header, while also becoming a huge threat going forward due to his stellar shooting and great passing thus causing an overload and easy goals when he arrives in to the box late. He really reminds me of the days of playing TOTS Diego Costa at CM in Fifa 15 that was so op. Defensively, you just need to jockey with him, and he will get some interceptions as long as you are a good defender. For me, he is a much better WW Milinkovic-Savic, and averages around 2 goal contributions per game.

Price-wise, I think he is fairly priced for a french icon that is pretty unique in terms of his stats, but better value for coins might be found with non-icons.

Agility is not top tier, but as a CM it is pretty good.

Defending could be better