TOTS is inbound and with it some very nice cards to look forward to from Most Consistent for those who put in their hard work this season, from a number of regular faces to some new faces and returning players too. With this squad of 23, there is potential for other TOTS cards through objectives and SBCs, but for the purpose of this, we are focusing on the main 23. 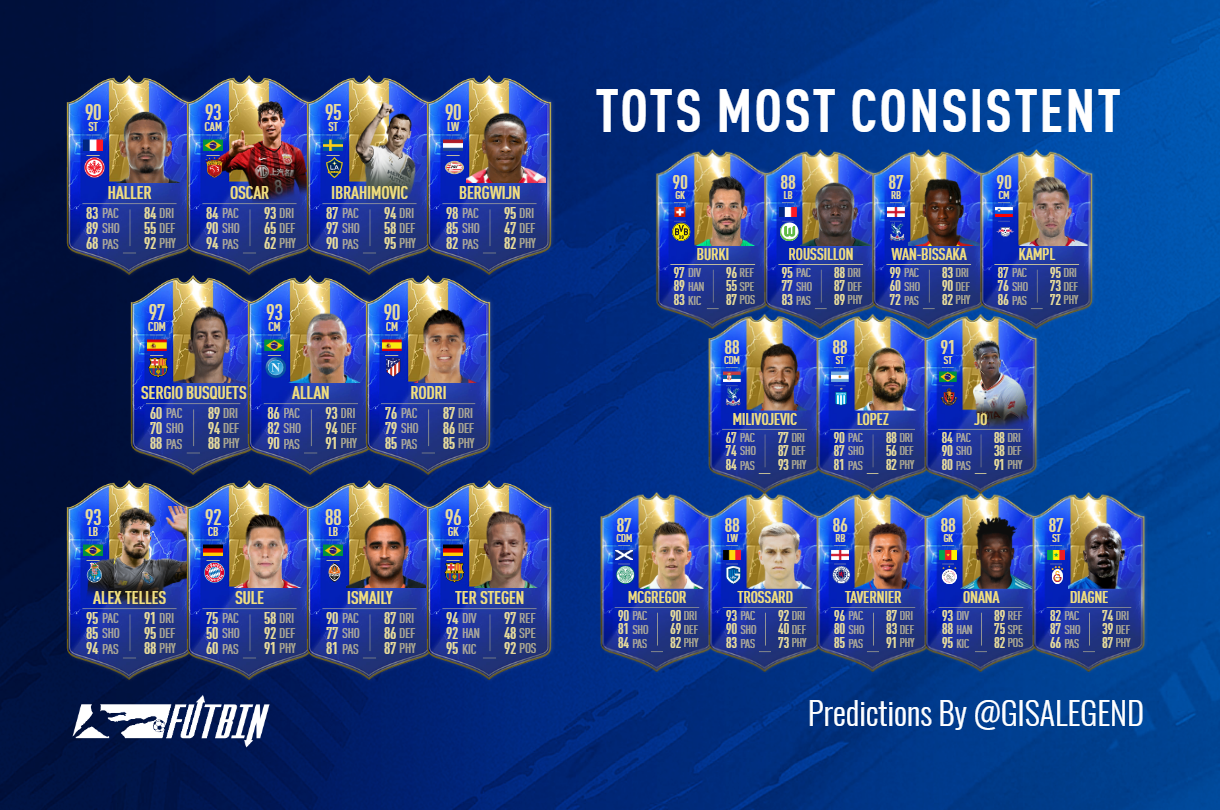 Marc Andre Ter-Stegen  - GK - OVR 89 Ter-Stegen has been a difference maker as part of that defensive unit at Barcelona with considerable saves made and while had the odd moment to forget, he has been key all season as they challenge on all fronts and while he may get in Most Consistent, we feel he deserves in La Liga TOTS regardless.

Alex Telles- LB - OVR 84 Telles is a tricky one with him having a UCL Live card, could he be given a TOTS card for Most Consistent if so he should get in for his performances this season and been unlucky to not earn an IF.

Niklas Sule- CB - OVR 84 Sule has been key at the back for Bayern, who looks set for his regular TOTS Card these days, should be a nice card to own regardless.

Ismaily- LB - OVR 80 Ismaily looks like another consistent TOTS for him, depends really on his rating but should be a cheaper alternative at LB for Brazil compared to Telles/Sandro.

Oscar - CAM - OVR 83 The Chinese Super League is a tricky one to work out by time TOTS comes, will players from last season be the TOTS Cards or will it focus on this season. As if it is based on last season, Oscar is a strong contender but so do so many others in midfield in the CSL, he's been due an IF at least on multiple occasions, this is possibly why he's not been given one as a TOTS is inbound.

Sergio Busquets- CDM - OVR 88 A TOTS Card for Busquets could be very exciting but also at the same time is a card that potentially could be passed on due to his Scream Card which is the competition for this, but see what happens though as has potential to be a good card to own regardless.

Allan- CM - OVR 84 Allan has been key for Napoli in all competitions, as shown by his upgrade & League SBC Card. His TOTS Card could be heavily sought after for his stats, so keep your eyes peeled for him.

Rodri- CM - OVR 82 Rodri has been a vital player in the Atletico Madrid team while Saul potentially is the card we all wanted but Rodri's TOTS will still be a nice card though.

Zlatan Ibrahimovic- ST - OVR 85 Ibrahimovic has stood out since joining the MLS and with his Flashback card already very popular in the community, the TOTS Card could suddenly be in demand too, the big question is what rating he will be, as will it be better or the same as his Flashback?

Sebastian Haller- ST - OVR 81 Haller has been key for Frankfurt on all fronts as shown by his upgrade and performances this season. His TOTS Card could potentially be a very appealing card with the right stats boost.

Steven Bergwijn- LW - OVR 80 Bergwijn has somehow not bagged an IF especially as he has been POTW too and put some quality performances, however, this TOTS should be set to be an exciting card depending on the TOTS Upgrade given.

Roman Burki- GK - OVR 81 Burki has been unlucky on multiple occasions to not earn an upgrade or IF, however, we feel despite all that he has merited a TOTS Most Consistent card which we hope is given a considerable boost as a result.

Jerome Rousillon- LB - OVR 80 Roussillon has been a key part of the Wolfsburg defense while others may get the nod over him, his efforts can't be knocked at least, has a strong shout to be in though as a defensive option as shown by his upgrade, consistent performances to merit an IF & POTM Bundesliga nomination earlier in the season.

Aaron Wan-Bissaka- RB - OVR 76 Wan-Bissaka has been hyped with his performances this season for Crystal Palace and likely to be a community card everyone will be wanting, even then he deserves this upgrade to a TOTS Card, the big question is will it go above his FFS at 85?

Kevin Kampl- CM - OVR 82 Kampl has been a key midfielder for Leipzig as they push for a European place, this has the potential to be a possible cheap TOTS due to nation despite a strong league and will be a popular option to link up to Werner.

Luka Milivojevic- CDM - OVR 79 Like Wan-Bissaka, Milivojevic has been a key part of keeping the team up bagging a number of goals and assists, yet somehow has not managed an IF but looks set for a nice well-rounded TOTS Card that could be quite cheap too.

Lisandro Lopez- ST- OVR 78 Lopez as a TOTS Card could have him to the standard of his cards of old and could be a nice throwback. Depending on the upgrade, it has the potential to be cheap too due to the league.

Jo- ST - OVR 76 While Jo has a League SBC Card which is a neat card, his TOTS Card we would suspect is even better than this, what rating though is the question, with his performances he more than deserves it and like Lisandro Lopez has the potential to be another cheap card and seen in possible hybrids.

Andre Onana- GK- OVR 78 Onana has been impressive in net for Ajax would be well earned for someone who has come close multiple times this season for an IF, he has a chance of being the reserve GK.

James Tavernier- RB - OVR 74 Tavernier has been defensively sound for Rangers all season who with him also providing a healthy supply of goals too, this may help him out get the TOTS card, especially as a cheaper alternative to the likes of Walker, Wan-Bissaka for example at RB English.

Leandro Trossard- LM - OVR 78 Trossard has been consistent throughout, somehow not bagging an IF with some of his performances but a TOTS Card looks set for him which could be a cheap card to link up to Belgian options like De Bruyne, Nainggolan.

Callum McGregor CDM - OVR 75 McGregor has stood out for a POTY for the Scottish Premiership, which as a result will help his cause for a TOTS Card, which helps reinforce the SPFL getting some cheap TOTS Cards.

Mbaye Diagne- ST - OVR 75 Diagne has been a highlight in the Turkish League and somehow has not bagged an IF this year with his goals return, despite this though his TOTS should hopefully be a fair boost to him that he deserves. 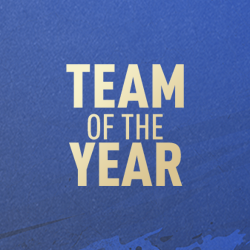