At the start of the game, I always want to build a Premier League team and as we all know the prices of these players are quite high. I was looking for someone to play as a CM in my team, I chose Delph because of the low price and he was a really good addition to my team. For his price which is around 800 coins, you will get a player who is a really good dribbler, has a great stamina, some good physicality for the rating he has and he also great at defending. He is also really quick and I didn not expect this from him after seeing his 74 rated pace.

I have played just over 100 games with Delph and he was amazing during this time. I have used other CM in this price range and more (but still the cheap ones) and he was one of the best ones. He was much better than Rooney and at the time I payed 6 times more for Rooney than I did for Delph. Rooney was lacking in pace stamina and even passing and Delph was much better than him in every aspect that I have just mentioned. He has scored around 10 goals and got around 10 assists during his 100 games for my club but this doesn't represent his play style and abilities well.

This is not a game change but a player who will fit nicely into your team and help both the attackers as well as the defenders. His main midfield partners were Gueye and Bakayoko with Barkley in front of them and he did not feel like there is a 5 or 6 point difference in the overall rating between him and the other players.

I am always recommending this guy to everyone I know and everytime someone tries him out they are surprised with how good he is and he also turns up to every game. If you want to try a player out from the lowest price range to see what they are like, this is the player you should go for, and if you are building your first squad in FUT you have to go for this guy otherwise you will be missing out.

Pace - he is quicker that what you would expect

Good at tracking back and helping out the defenders.

Even though he has only 66 strength, he seems a little stronger 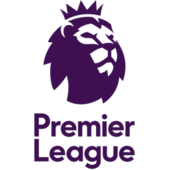 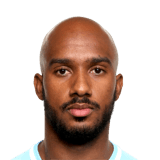