Everyone already knows just by looking at Allan’s stats that he looks like the cheap kante, but I can tell you this, kante is the overpriced If Allan. This card is so much better than kante in game that kante should be the one compared to Allan and I’m not kidding. I’m an elite 3/ gold 1 player and played 2 seasons in division 1 winning flawlessly and I would have to say Allan was a big part of that defence contribution. I was running azpilicuta IF and boateng and Allan was stopping the play before they could do their job, and he then has good stats to push up the pitch and contribute to passing and creativity on the attack. Put a shadow on him if you want the best efficiency he can literally track anyone down (such as ronaldo a few times), since he is 5”9 you’d think that’s a con but it makes him very good at dribbling and agile on and off the ball to turn quickly and make interceptions and tackles that a big guy couldn’t do, and with the 99 defending you opponent is gonna have some trouble. I even tried him at Rb a few games switching with Kimmich, he does what needs to be done and not once got exposed or out of position. 100% weekend league ready and will dominate CDM or fullback.

-Height but only when it comes to winning headers, but he’ll end up taking it off them anyways ;) 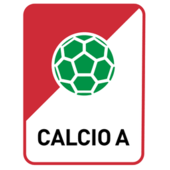 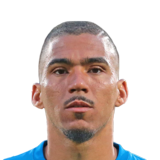 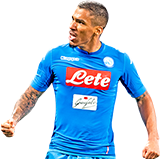 Got him in an untradeable Seria A TOTS SBC. I wish this card was there earlier in the game.I mainly use a Prem and La liga hybrid team and coming from these league it's hard/expensive to find a real bull of a player to protect the defence that was until I got this card.I am very pleased with him on field though I play him with 7 chem. He is good at tackling, short/long passing, pace is impressive. I expected h...
Read full review

Best CDM/CM in the game?

It amazes me that no-one has written a review on this guy yet. I am using him in a 4321 CalcioA-side, as a left central midfielder, and he TEARS IT UP! Instructions for him is to just stay back while attacking, and when the opponent is countering or trying to build up a nice play, he just breaks it down time after time. Put a anchor or a shadow chemstyle on him, and he will demolish everyone!He does not get many goal...
Read full review

Allan is like Kante from FIFA 17. Actually he is a cheap middlefield beast with top-notched interception ability and prime-sort football intelligence.Always making good runs, catching opponent's attackers, working hard as fck in destruction. He would have been versatile if only his shooting ability was slightly higher. His SIF would ...
Read full review
0
/600
Update my avatar Dos and don'ts
Top Rated
New
Controversial
Show comments