Where do I start, at first I only bought him for a joke as I'm a Boro fan myself but what a purchase he turned out to be! I've played 4312 with IF Mooy CAM, POTM Salah left striker then an unknown striker right striker. I tried Rashford, Jesus and Martial there but none of them worked so I thought why don't I put a bronze there and sub him off in game for Braithwaite and it worked an absolute treat! No matter who he is playing he never fails to turn up and preform through his blistering pace and tight control dribbling. The only real problem I encountered with him is his 5'10 height can sometimes prove a problem in shoulder to shoulder tackles versus centre half's but his incredible dribbling makes up for that completely! Personally I've never qualified for Fut Champions myself but with Martin upfront I managed to do it at the first time of asking. 100% excellent value for money!

88 Pace, feels a lot higher and is very explosive off the mark

83 Composure, extremely composed in front of goal and is very comfortable in 1 v 1 situations

76 long shots, doesn't feel anything like that in game scored 3 or 4 goals from outside the box situations

84 finishing, reliable, nothing more needs to be said

5'10, struggles to win headers but makes up for his lack of height with his excellent dribbling

71 long pass? Not an issue personally but can see why it can effect someones style of play 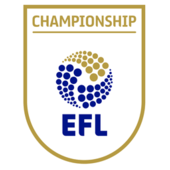 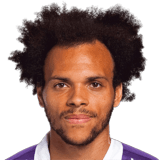 The best Super Sub in Fifa 18!

I packed Braithwaite from Marque Mqtchups. he was discard Price so I decided not to sell him but to use him as a Super Sub. I have played about 10 games with him always coming on the pitch around the 60 Minute mark. I have scored over 13 goals with him. He is always in the right position. His speed is completly insane! And for 13-15k he is insane value for money.
Read full review
0
/600
Update my avatar House rules
Top Rated
New
Controversial
Show comments