Struggled for so long to find the 3rd midfielder to go in my squad. Tried tots Fabinho, tots Fernandinho, tots Matic, Vieira etc. Low and behold, my lord and savior tots Luiz Gustavo. Played him in a 4-3-1-2 as a left CM with Prime Rijkard and tots Goretzka alongside him. And he BY FAR out performed the other 2.

PACE: Not the quickest, not the slowest. But more than fast enough to stop any counter attack coming your way. Put a shadow on him just to be on the safe side and he will be a rock in your midfield.

SHOOTING: Probably his weakpoint. It does say that he has 97 long shots, but it doesn't feel like it. So far he has scored som bangers, but his shooting feels a little inconsistent for me. But to be honest, not the most important stat on a player like Gustavo.

PASSING: This is something that surprised me with Luiz Gustavo. He never seems to misplace a pass. Nothing more to say really.

DRIBBLING: His actual dribbling is irrelevant for the way that I play him  but his ball control and composure under pressure is amazing. My oppenents just can't seem to get the ball off him. He shields the ball away from the opposition and passes the ball immaculately on. 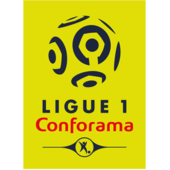 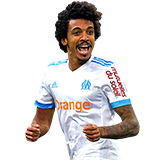 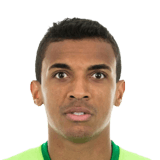 SIF Gustavo has to be the best budget cm I’ve ever used, his mix of strength, really good tackling and insane long shots all add together to make him a must have in any Brazilian/Ligue 1 team.
Read full review

Well i've used over 40 games with him and I have to say this card is unexpected good. I packed him in the ligue 1 SBC first I was dissapointed but because i have Neymar and Casemiro i could link him easily. If you are searching for a cheap and beast CDM than this is your man.
Read full review

SIF LG is such a beast in a brazilian or ligue1 team. GET him before people realize how good this card actually is and it starts going up 25k is literally a steal for this beast player. I have a guarding chem on him and these are his stats-99 interception-
Read full review
0
/600
Update my avatar Dos and don'ts
Top Rated
New
Controversial
Show comments