Guys, if you're using FUTBIN, you probably are a die hard FIFA player like myself. So, what is the point of getting another Lozano? His TOTS is less than 30k, his TOTMD1 is (as of the time I'm writing this) is only 33k. I've used all of his cards. His TOTS felt the exact same as his TOTMD1. So, getting another card of his would be utterly pointless outside of the fact that the ST position is more convenient to more squads. I know many won't vote for the likes of David Luiz or Perisic because of the fact that they don't want to trade in 86s for the SBC. But, come on people. Do you not remember how insane that David Luiz premium SBC was last year? That was one of the best cards in the game, and this one would probably have better stats due to the fact that he's already 86 rated. As for Perisic, he's already one of the best CAM's in the game, but could also be due for an upgrade. Most people in the FIFA community would agree that this year's voting system is widely flawed due to the fact that so many are hesitant to trade in mildly high rated cards to SBCs. Hence why we got Rashford over Jesus, Manolas over Bailly (because many assumed Bailly was a lock), and Vrsaljko over Florenzi. Just please trade in an 86 for once. Can we for once vote for the card we want over worrying about saving a card for the SBC? Yes, some will still vote for Lozano; after all, he is stupidly overpowered in this game, but a Luiz or a Perisic would be incredible. So, to sum up my argument, you shouldn't go for the Lozano because there will be alternatives that will be just as good, whereas with Luiz and Peresic, there are not.

We miss out on cards that don't have alternatives. 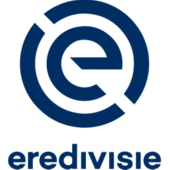 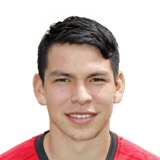 After i've used his inform , i really didn't thought that he can be bettered in any way , but they did. Although is very hard to comprehend , he is even better than before and hands down one of the greatest fifa cards in all time. They improved everything from his last informs - he dribbles better and faster , he scores bangers for fun , he is single handedly the greatest player in this tots campain , no doubt.
Read full review

It's the Lozano we know in redefined form

Well as we all know LOZANO, he is really good. His this card is more awesome clinical, insanely fast and better finishing. The basic chemistry card is good enough for him. Though his agression is little low but that's not an issue. His pace does all the tricks. I've played him as Super sub alongside Crespo/ Mertens. He runs towards the goalpost and scores goals like there is no one in the field.
Read full review

One word : GOAT ! This guy is the most dangerous striker out there ! Not only he is lightening fast, but now he is a clinical finisher ( has the actual trait ingame )He have now decent strenght and has amazing interceptions ! You can play him at Cm at striker at Cam he will deliver ! He is disgusting especially for the price ! You might think he is Overpriced but believe me for what sterling and Sané a...
Read full review
0
/600
Update my avatar Dos and don'ts
Top Rated
New
Controversial
Show comments