In my squad he as a spot next to Samuel Eto'o in a Super Lig/Brazil Hybrid, but he could definitely works as a lone lethal striker.

He is really quick for a player his height (6'3), maybe he does not feel like an 87 pace, but where he does not get with pace he does fix it with brute force. You really need a high rated, physically strong defender to push him away. I've seen him push to the ground players like Pogba. His right foot is lethal in the box and he also has quite a good thunder strike outside of the box. He does let you down if he is forced to use his left ( 3 star weak foot), he will often try to shoot with the outside of the boot to avoid using his left.

His dribbling , even if it's a 90 dribbling stat feels quite labored and slow in tight spaces. The most difficult part for him is when he is giving his back to the goal and he has to turn to shoot.

His passing skills are quite good, with me he has a ratio of 1 assist every 2.5 goals.

He is outstanding in the air, he can finishing everything, either header or volleys somehow he is gonna get there.

Considering I bought him on ps4 for 18.500 credit he feels like a bargain that can compete with high rated defenders. 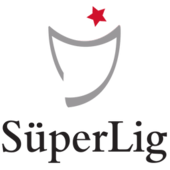 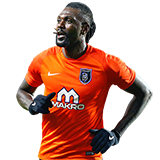 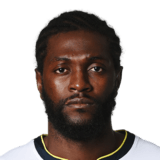 I got this guy in an untradable rewards pack and didnt expect anything, until I was down 3-1 in a fut champs game in the 77th minute; I brought him on, crossed it in BOOM header goal 3-2, 80th minute. Bring it down the left cross it in BOOM tie game 3-3 in the 88th minute. After this game I use him as a super sub in almost every game, and this guy can not loose in the air, he is a huge strong player with a forehead of titan...
Read full review
0
/600
Update my avatar Dos and don'ts
Top Rated
New
Controversial
Show comments