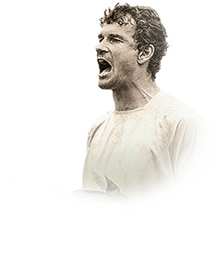 This is the best GK in the game. I have used GKs such as all versions of De gea(including his TOTY), OTW Alisson, Courtois, Ederson and many more(all in the weekend league). All are inclined to make stupid mistakes. This Lehmann is the first GK I have had who has never, and I repeat, never made a stupid mistake.

In my opinion a GK should save you a game or two in the WL and should make no stupid mistakes to give away a game. This dude saves impossible shots. I have lost the count how many shots he saved where I had already let the controller go because I was certain it was going to be a goal(those would have been goals with TOTY DDG for instance).

Doesn't concede a lot from bangers.

Great on one on ones

Quickly repositions himself to save the second shot

Not a one con