Keep in mind, everything I say in here is strictly my own opinion and reflects what I have experienced using this Card.

Recommended Chemistry Style: Basic; Reasoning: Boosts all of his stats, besides pace, to 80+.

Nainggolan is the complete package, the ultimative Box-to-Box player who shines in almost all areas of the pitch. He protec....he attac but unfortunately his passing is somewhat whacc.

I was one of the lucky ones to pack Nainggolan in one of the weekly packs (Jumbo Premium Gold Pack) you get by buying a special edition.

To this point, I have played more than a hundred (100+) games with Nainggolan. I've used various tactics as well as positions in order to get the best out of him.

Nainggolan shows excellent skill when attacking. His ability to position himself and make accurate support runs is very crucial to my attacking play.

His shooting is not as good as it was last year (mostly because EA has somewhat fucked up shooting in FIFA 19) but most of the time it will be enough.

In my case using normal shot was more effective than using finesse shots, even if finesse shots are still too strong. (Pre-Patch).

This is something Nainggolan shines in. Thanks to his High/High workrates and his 80+ Defending and Physical, he is everywhere on the pitch. He knows how to take the ball away and start an attack in very quick succession, something that goes very well with fast wingers/strikers in a 4-4-3 formation who have been told to stay forward.

I am not the first one to notice this here on futbin, but there is something wrong with his ability to pass. His normal ground pass is completely fine, but putting balls through is something this card seems to be struggling with. Every through ball goes where it shouldn't go, no matter if threaded or lobbed. His passing stat isn't low and Chemistry Styles like Deadeye or Maestro surprisingly have no effect whatsoever. At the moment, this seems like an odd bug. It's not that big of an issue and most of the balls still arrive, but it can be frustrating sometimes. 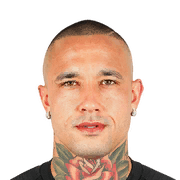 I packed this card and put him to work on the right hand side of my midfield (4-1-2-1-2) and he is just everywhere. Previously I had use Milinkovic Savic but found him really sluggish, Naingo is the complete opposite and has been a life saver. Always links up play, gets forward and has scored some great long range efforts. For me he has been a real game changer and added some real solidity to my midfield. I have an engine ...
Read full review

I used him as cm with milinkovic-savic, thats a fucking beast, he can score some goals in the front of the area, he steal every balls of my rivals, and if you get expulsed a cb you can put it as cb, it will be a beast in everything.
Read full review 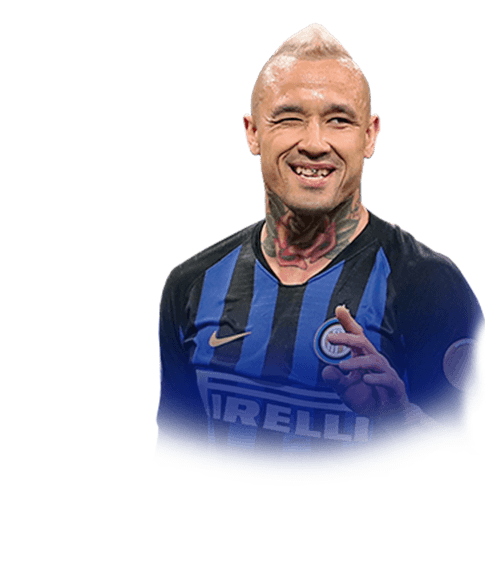 I was lucky enough to pack him in my Serie A Gauranteed TOTS pack! I actually changed my team completely to fit him in as I ran a La Liga team before. It was a risky decision, but my team is much better now! And a lot of that is thanks to this card. I use him as CDM in a 4-2-3-1 (2) formation and he completely rules the midfield. I've put him on "get forward" so he will join the attack and his "run back" game is perfect as ...
Read full review
0
/600
Update my avatar Dos and don'ts
Top Rated
New
Controversial
Show comments