There’s been plenty of debate on whether to take a gamble on the 100k pack or use that extra swaps player for Pedro, so I thought I’d weigh in.

Pedro isn’t a speed demon – though 85 speed is by no means sluggish – Lucas has him beaten hands down there, but with DEADEYE Chemistry, Pedro finds himself with 99 Finishing, 99 Positioning, 93 Curve, 91 Long Shots and 91 Shot Power. Couple that with his 5* weak foot and the ‘Finesse Shot’ trait and you’ve got an absolute monster on your hands. There are other players who have this combo, but few (if any) are below 500k. His dribbling feels wonderfully balanced, and his small frame and 4* skills make it easy to find space – if you’re within 30 yards of the goal then you can rain down the Howitzers like it’s 1942.

There’s an argument for Hunter or Sniper, but Deadeye gives Pedro added threat through his playmaking, and the opportunity to go right or left makes such a difference when trying to keep defenders guessing. Cutting in and delivering an in-swinging cross with that amount of curve and vision can be downright feral.

There are, of course, drawbacks. Pedro’s physical stats are a nightmare. Shoulder to shoulder battles are over very quickly, and almost always end in Pedro flat on his back. I think the most disappointing stat is his Stamina, which when coupled with his High/High workrates turns his defensive efforts into suicide missions. This is a card that burns bright, but burns out fast unless used sparingly – get used to bringing on the usurped Lucas at around 60/65 mins.

All in all I’d say the positives far outweigh the negatives. For those of you who have the swaps players, Pedro is worth the investment over that Jumbo Rare Player pack – there’s a chance you’ll pack an Icon, but there’s also a chance you’ll pack Tom Heaton, Nick Pope, and an army of mediocre rare gold players.

What would have happened – you’ll ask yourself, looking Santi Cazorla square in his 80-rated face – if you’d have just had a little more faith in Pedro? 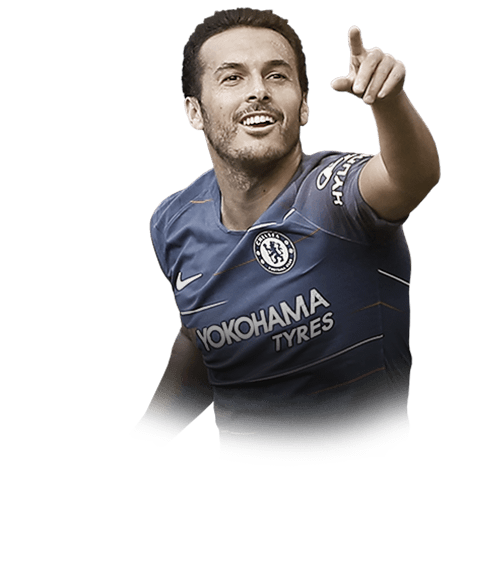