Hi guys. This is my first review and I would say honestly that I am only a slightly above average FIFA player. I qualify for weekend league most weeks but I play an unusual style to most using a 5-3-2 formation with 100 chem and every player on 10 chem (my team is below). My style of play has always been to get the ball forward as quick as possible to the strikers to get lots of shots on goal (which means I am not as good at this FIFA as I have been in previous ones); I have always relied on my full backs to be very very quick and good going forward with excellent stamina to get up and down the pitch. I have used Jordi Alba very successfully for every FIFA for the past 3 years as this suits my style.

I packed Mendy on the day that the Future Stars were released into packs (my best bit of pack luck ever) and I had identified him a few days before as one of a few players on the Future Stars promo whose card looked beastly and would fit in with my team very well from a chem perspective (good French links). I put him straight in my team to see whether he would be better than Alba, knowing that if he didn’t perform I would sell him for a lot of coins (250k) and continue to be happy with Alba.

He is worth the coins IF you can afford the 250k. By this I mean that in my opinion when you are playing Weekend League the only players you can get away with being good but not great are your full backs. You can do very well in WL without meta full backs. So I would advise that if you have the coins and there are other areas of your team that you could upgrade then this card is not worth buying over someone like Alba. For me it is very hard to class a full back as a game changer. HOWEVER if you pack or choose to buy this guy then he will not disappoint, he is basically a baby TOTY Marcelo for less than a quarter of the price - unbelievable value for coins. He never gets beaten on the ground or in the air by ANY winger, if he is out of position he will catch the winger or striker up. His defensive stats and decent height mean he will win headers under pressure when the opposition left winger crosses to the back post and his tackling is everything you could wish for. His pace is incredible; the acceleration isn’t as rapid as Alba as he is more of a powerful runner but he is still so so so quick (99 pace with basic chem). All his physical stats are amazing, especially strength – he never loses a 50/50 challenge. He will get forward well and has the stats to deliver a good cross or pass or shoot himself (he will usually work the keeper but as his finishing is not great he won’t usually score). His high/medium workrates are the perfect combo for a full back, I haven’t tried Marcelo because his high/low workrates have always put me off. 4* weak foot and skills are very useful. The BEST and most unexpected thing about him for me is his aerial ability from corners. By unexpected I mean that I was surprised he was even in the box for corners (as left backs usually are bad in the air and stay out of the box) but he has scored a couple of bullet headers for me at clutch moments and he is a bit like Ramos in the sense that if you get the ball to him he will win the header (unless he is up against a TOTY cb). I chose to keep the basic chemistry style on him as this boosts a number of key attributes across all 6 categories by +5, such as agility, short pass, long pass, stand tackle, jumping. Honestly, if chemistry wasn’t a thing in FUT I would try this guy at rb, cb, cdm, cm, lm he is that good. I will definitely keep Mendy over Alba and I will probably use him til the end of the game.

Shooting (he is a full back though...) 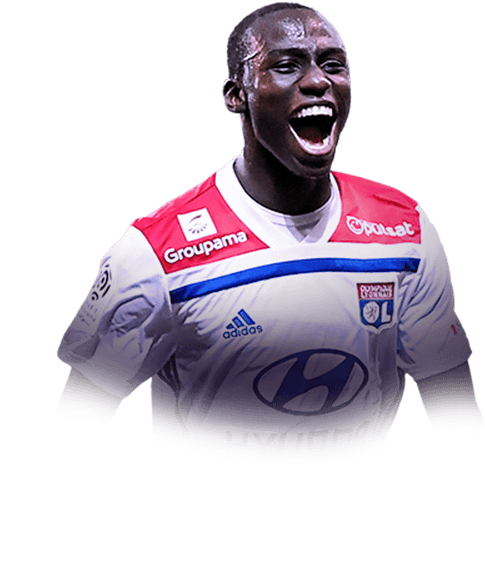 too start of with this review I want to tell you that he is the best leftback in the game after TOTY marcelo. Ive used him in one weekend league and he was a monster. I put anker on him which gets him to 99 pace and good defending and physical. He jumped over any attacker although he isnt that long. Tackles were on point. Pace is too good he catches up with everyone and most importantly he was very fun to use. I enjoyed pla...
Read full review

Most broken lb in FUT history!

First of all English is not my first language so there will be grammar mistakes but I will do my best to write in good English. Well where do I start? He is insane. His 4 SM and now with the upgrade to 5 WF are a huge advantage. That combined with his dribbling. Especially when you use your backs in an offensive way like me.
Read full review 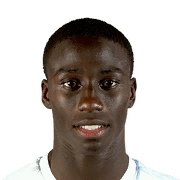 The best LB who is French and is called Mendy

This card is a cheaper and a better alternative than Benji Mendy. Stops any winger who dares to dribble towards him, have come up against playeres with Mo Salah, Willian and IF Lozano and he had them all in his back pocket . He is also a great option for attacking as he has 4* skills and weak foot and good dribbling. Worth a try considering his dirt cheap price
Read full review
0
/600
Update my avatar Dos and don'ts
Top Rated
New
Controversial
Show comments