I packed an Untradeable KDB in week 3 fut rivals rewards i've used him ever since.

I've always been the type of player to prefer a faster and more agile cam, but when i got an untradeable KDB and had never tried him before i had to give him a shot, he has never dissapointed.

I've used him for nearly 600 games now, he has never been the building brick of my team but has always sloted in with a strong link to my POTM Hazard in every team i've used.

He has played alot as CAM but also as CM for me droping pretty far back with his High/High WR, but that has never stopped him from being crucial in every game.

His decent interceptions along with alright strengh and amazing stam makes him god tier all over the center of the team.

I concidered doing his Futmas card exchanging this one and now he also has a TOTY but honestly base gold card KDB is an almost perfect CM/CAM and well and truely still very usable even after his Futmas and TOTY cards have come out.

All in all he has been crucial to my team most of this FIFA regardless of his position he is Mr. Consistent himself for me in both rivals and champs he always pops up when you need it the most. 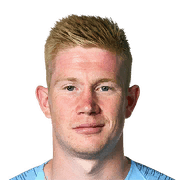 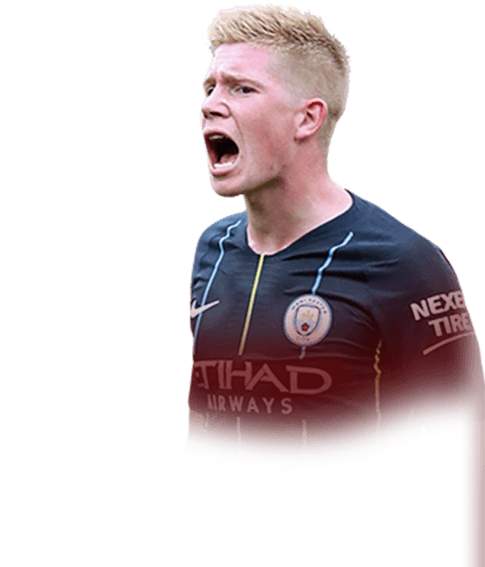 So about Kevin de Bruyne, he's literally insane! I used him only in 11 division rivals matches (Division 5 1450 skillpoints) He has scored 12 goals so far. His shooting is way better than anyone else's. Every time you give a pass with him it reaches the player. You can give long passes, short passes you can do everything with this card! Ofcourse he is 500K to complete (when I did it, it is like 570K now) but in my opinion i...
Read full review

I originally thought that KDB had a overpriced card with glorified stats, just because he was a cover star, but after I packed him through gold upgrade I thought that I would try his card out. De Bruyne is magic. Love using this man. Has the best passing in the game, the best finesse shots in the game , and, although he has a high defensive work rate, a great amount of stamina full the full 90 minutes. I start off in a 4...
Read full review
0
/600
Update my avatar Dos and don'ts
Top Rated
New
Controversial
Show comments