I love agile players (who doesn't?) and that's why my attack and midfield are usually composed out of players with high Pace and Dribbling. But these kind of players usually comes with a setbacks such as low height and low physicality. At one point, the 5 players that formed my attack had a high average of 90 PACE and 90 DRIBBLING, but low average of 70 PHYSICALITY and 173 cm height. So it is very fun to play with them, but they are lacking spine. They would dribble and run like crazy only to be pushed away and wobbles helplessly at the end. And it is very difficult to win headers too, which makes goals hard to come by after the new patch. So my quest for a new striker began.

I was looking for a taller striker with a good physicality, and a good heading and jumping stats, to offer a new dimension in my attack. So I narrowed down my research to strikers who have 90+ heading accuracy and jumping (without chem). And you know what, there are not many. Other than TOTY, Icons and Cristiano Ronaldo, only 4 players made the cut: Mauro Icardi, Falcao, Aduritz and Cavani. Cavani was the tallest (185 cm) , recently got his weak foot updated to 4 stars, had the most promising stats, great rise potential to his UCL live card and also a good link to my squad. I see mixed comments and reviews on this page, so I decided to give him a go myself and here is my verdict.

78 acceleration and 80 sprint speed won't get you flying past defenders. But I have 4 other pacy players in my attack so I don't require him to do that. To me, he does not feel slow when running straight. His pace feels exactly 80, so I would rate him 8 for this part .

Now, this is the most important part. His actual job, his only job. If i were to sum it up in one word: HE GETS THE JOB DONE.In total, he is the only player who has the best goals to games ratio in my team, albeit only after 30 games (34 goals, 7 assist). And he achieved this in a very strange manner. He is a player that would go missing for a match, and score hat-trick at the next. An invisible player for one half, a match winner that scores two at the very last minute. I see a lot of other user saying the same things, and I finally understand what they mean. This is a mixed bag for some players, because it can be frustrating when your only tall striker can't be found inside the penalty box when your wingers are about to whip that deadly cross. But again, he's banging them in when he feels like it, very efficient, and deadly. So this category gets an almost perfect score from me.

At this point, some of you might be wondering why I use engine as a chem for a striker. Because it is the only chem that give 10 boost to his horrific 61 balance. Even with the boost, you can still clearly feels that he can't really stand his ground when goes shoulder to shoulder with a defender. Turning is also majorly affected by this, that most of the time, the ball would be taken away before you have a chance to release them. Passing is not spectacular either, and should be minimized to short pass and a through ball to an open space. Tight space between the defenders with a 50-50 chance? Long backpass to the keeper is always a better option.

Another important area for any striker, that 85 PHYSICALITY could be misleading. Because that overall is the total rating of his unbalanced 90 jumping, 94 stamina and 79 strength. Yes, 79 strength. Combined that with a 61 balance, you are in for a nightmare trying to hold-up the defenders.

In conclusion, Cavani is deadly and efficient but he is a mixed bag. I can see why users' opinions are divided, because this player is not for everyone. He does not have stand-out attributes that can be abused, nor does a brilliant all around stats to make him an all rounder. He also falls short in a few most important stats such as balance and strength. Despite all of this, however, he gets the goals for you. So if you're like me, who possesses a good pacy attackers but lacking a dimension in the final third, I would recommend him. If you can use him properly, and minimize the time that he has with the ball, he would come out of nowhere and surprise you with his killer instinct. And by march, he would most likely be upgraded to 93 and who knows, we might be in for a good surprise.

- Not the best passer 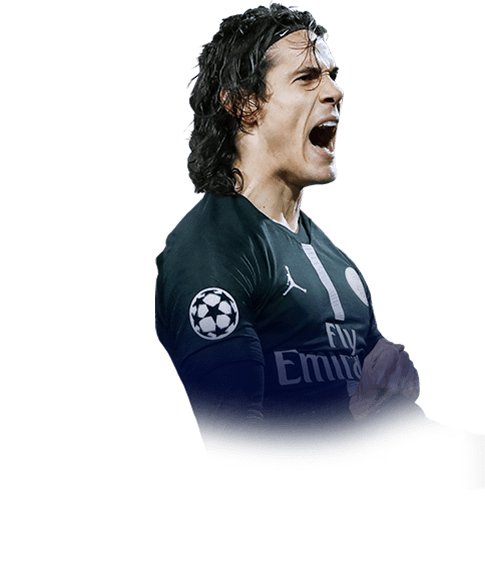 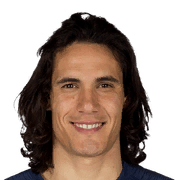 I purchased Cavani for a total of 48,000 coins and he's worth every penny of it. He scored 45 goals in 39 games for me, most of my games are from Division Rivals (Div 5) and a few from Squad Battles. I can't remember how many time this guy saved my ass from losing a game. His shooting, and positioning are perfect for a Striker, plus he has Poacher in his Specialities, so he'll always fi...
Read full review

I bought this card wanting a strong tall physical striker that would atleast handle some defenders. I play along side Butragueno I prefer the 1 small fast striker and 1 big tall striker. Combo works well for me. I was genuinely shocked I didn't expect him to be this good. His jumping and headers always go in! From crosses to corners he will guarantee you goals. Weak foot is good too for 3*
Read full review 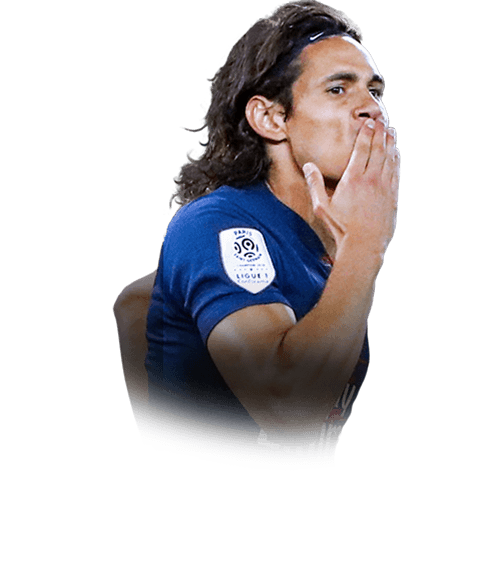 First time to ever post a review of a player, but felt it was necessary to summarise Cavani as he's not a popular player. Firstly, Cavani is like no other player I've played with. His shooting is at an icon level. Inside the box, he will drill low shots into the corners. From outside the box his finesse shots are immense, whether using a timed finish or not. There's no real need for the timed effort as he ...
Read full review
0
/600
Update my avatar Dos and don'ts
Top Rated
New
Controversial
Show comments