-Neuer (Base and CL) / (Base) rushed out like crazy and kept trying to save all of them with his legs (I hated that) / (CL) Did not do this, but was so much worse than (Base) everywhere else!

-Ederson / Too short to save headers (corners were easy goals).

-(SIF) Szczesny / Played amazingly at first, but then turned into bad Neuer...was so frustrating!!!

-Fahrmann (Base and RTTF) / Great saves but Neuer was way better.

-Navas / Too short to save headers...

PS: Never tried De Gea because of bad links--but I've played against him so much! :P

I can honestly say that Alisson (OTW 88) is one of the best goalkeepers in the game...I've heard De Gea is number one--and it seems like it... but for Hybrid-Squads (like mine) I'd rather go for strong links!

-Always in the right position to save shots.

-Doesn't easily get beaten in headers.

-Distribution is better than most goalkeepers. 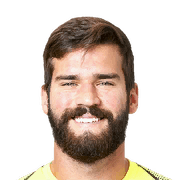 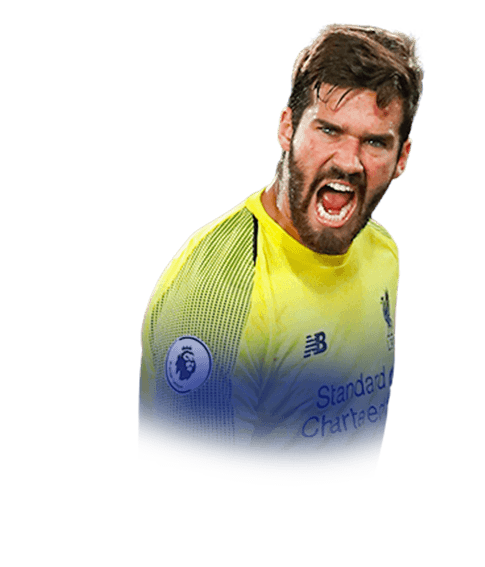 Worst goalkeeper in the game

He is the worst goalkeeper i have ever used. He has made so many errors for me which costed me a lot of goals. His stats do not feel like that ingame. I'd recoomend use de Gea. He is cheaper then Alisson and is way better. I would rate Alisson a 3/10
Read full review

I played up until gold 1 in FUT Champions and managed to get TOTS Alisson and TOTS Mané which I was absolutely buzzing about. Mane is the best player I've used this year with Alisson being one of the worst by far. Extremely inconsistent but tends to have an unbelievable game every 10 matches or so. He is hopeless from corners and crosses because 50% of the time he either misses the ball or gets beaten to it by an attacker,...
Read full review

Very surprising goalkeeper. Very very solid, either when you play against him or when he plays for you :) Been using De Gea directly before IF Alisson, neeed him him to get green link with SIF VVD. Tbh I was a bit worried the downgrade from amazing DDG will be harsh but I said lets try a couple of games and see how it goes... Well its been already approx 50-60 games now and ... i do not fee...
Read full review
0
/600
Update my avatar Dos and don'ts
Top Rated
New
Controversial
Show comments