Coman is my favorite player sooo I decided to buy his second in form( which literally came out the day after I bought his first in form lol). Overall he is a great, although sometimes inconsistent player. He is LIGHTNING fast with 96 pace and 90 agility. His shooting and passing are extremely good (with deadeye attached). My biggest problem with this card is his physicality, he gets pushed off the ball the instant he is touched, which can be very annoying at times. But because of his 5 star skills, there are many moves you can use to evade defenders. I am not the greatest fifa player (typically Gold 3 in Weekend League, still trying to get better) so other people could use him better also so take that into consideration.

Physicality (although has 80 jumping and stamina) 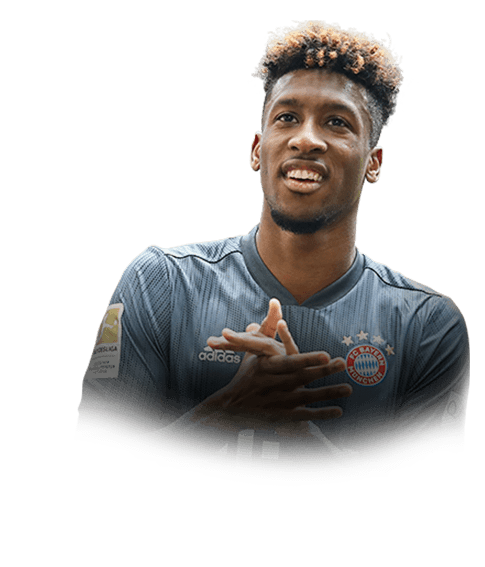 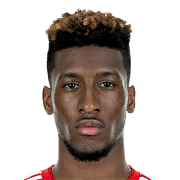 Kingsley Coman, the Speed DemonFormation IG: 433(2)Position IG: LWChemistry Style: MaestroPlayer instruction: Get in behind, Play wide, Stay forwardGames/Goals/Assists: 34/10/14This year I find myself very comfortable with a specific system that his 433, specifically 433(2). in this system i like to have an aggressive cdm (i have allan) and two box-to-box midfielde...
Read full review

Surprise of the weekend.

I mixed my team up for a moment and sold bailey after packing Mane from my champs rewards.After realising the hybrid sucked i went back to full Bundeslida and tried this card in place of Bailey (need all the ratings.)Honestly after not liking Coman the last time i used him i was shocked because this time the card is a joy?
Read full review

So, I´ve played with France hybrid, so the WO (weekly objective) was really easy to do. I was so excited, because his stats are great, and it looks just perfect. Reality is, unfortunately, different.I´m playing him as a Super-SUB because of his PACE. His stamina may look good (88), but in-game he was off after 70 minutes. Idk if it´...
Read full review
0
/600
Update my avatar Dos and don'ts
Top Rated
New
Controversial
Show comments