This is my first ever player review on FIFA and I've been a pretty consistent FUT player for the past few years. I got Correa in my Fut champions rewards as one of my player picks and i decided to use him and look past his jumping and composure. Truth is I have been amazed by his performance. I decided to put an engine on him to boost his pace and dribbling because I thought his shooting was good as it is and there's really not much point trying to improve his jumping, it's gonna be awful no matter what. With an engine he does wonders as my central CAM in a 3 cam formation. I thought he wouldn't be a pacey player even with 99 Speed, that's just the way FIFA works *sigh* so I thought he would be good as a central CAM and i was right. His dribbling is amazing and his strength means he's difficult to displace off the ball. His finesse shots feel amazing if it doesn't go in then it grazes the bar. He is super fun to play with, with 4* skills and weak foot he is very usable and good workrates for his position. I have prime Kluivert as a ST playing in front of him so if I do someone to get a header in I have him. Instead Correa sits at the edge of the box waiting for a cross for a beautiful volley or to flawlessly control the ball and put a finesse to the top corner, bravo. I will say he is a hard to link player unless you have another argentino from seria A or you just have a seria A team, I have him with 8 chem between neymar and figo but he still does an amazing job. I have thought to try him with a marksman to have a bigger boost in strength or a sniper to increase his composure. He does not need a passing boost to be a great passer but trust me, he is. In div 2 he has already shined so can't wait to try him out in this coming WL. Definitely a fun player to try out nearing the end of FIFA 19!

Shooting so good it doesn't need an upgrade

Not rapid but his strength and speed make him unstoppable

Can't abuse the crossing meta due to poor jumping 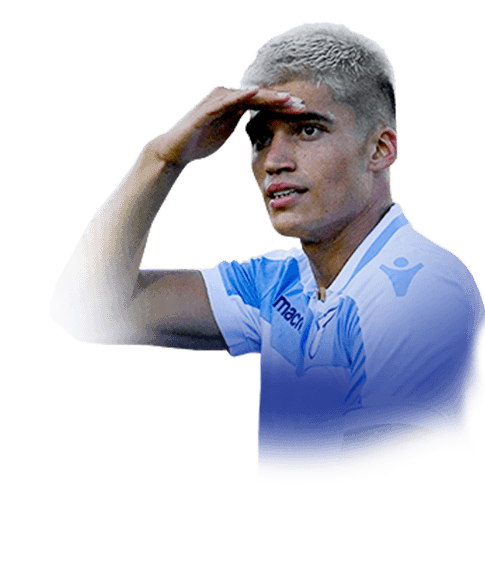 Play him at CAM

So I packed an untradeable Quag 96 TOTS from the guaranteed SBC and decided to partner him up with Correa. At first I played quag behind him and Correa as my lone ST initially but Correa seemed very poor up there. I switched him to my center CAM in a 4-2-3-1 with EOEA Robben on the left, Prime Dinho on the right and Quag upfront. This small change made a HUGE difference.Because Correa already has pretty well r...
Read full review

Thought I would try Correa to link up Lisandro Lopez TOTS. He looks terrific with an engine at CAM and his height was a huge bonus. He dominated the first couple of games with his physical presence, and won some headers based on height alone. The next couple of games, I couldn't even find the man on the pitch! His height and strength are a big bonus at times with hold up play, but trying to skillfully get around defenders c...
Read full review
0
/600
Update my avatar Dos and don'ts
Top Rated
New
Controversial
Show comments