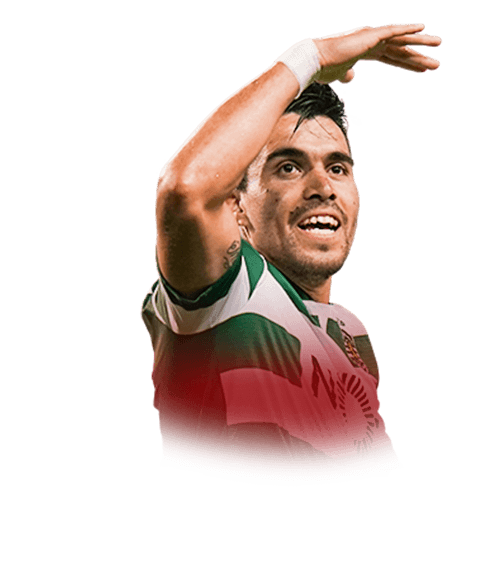 0
Red
Upcoming Matches
P. Chemistry
Squad chemistry
ST
81
RW
85
LW
85
CF
84
RF
84
LF
84
CAM
85
CM
85
RM
86
LM
86
CDM
85
CB
83
LB
85
LWB
86
RB
85
RWB
86
Reset
Basic
Sniper
Finisher
Deadeye
Marksman
Hawk
Artist
Architect
Powerhouse
Maestro
Engine
Sentinel
Guardian
Gladiator
Backbone
Anchor
Hunter
Catalyst
Shadow
Comments
Reviews
0
/600
Update my avatar Dos and don'ts
Top Rated
New
Controversial
Show comments
Top Reviews
Only logged in users can submit a review
A review must be written in English
At least 200 characters are required.
Compare this player to other similar players you have used(optional).
If you import your club to FUTBIN or send us an image with the player data(fill the form below) your review will be marked as verified.
Include what you liked about the player in the pros area and what you disliked about the player in the cons area.
Your review will be manually checked during the next 24 hours.
Chem Style Used
Formations
Position
Rate Player Base Stats (1-10)
Pace
5
Shooting
5
Passing
5
Dribbling
5
Defending
5
Physicality
5
Most Used In:
Submit Review

Acuna is an incredible player, honestly one of the best midfielders i have used so far. I have tried Roy Keane, Baby Gullit and kante. Acuna feels like a mix of all those three players. He is extremely quick and agile, like kante, he is incredible as any position in the game, like gullit, and oh my god. He tackles like Keane and he is aggressive like Keane. Added to all that he has 95 stamina. For me, he is the perfect player even though he is 5''8 he can absolutely challenge almost any player for a header with his 93 aggression and 85 strength. Honestly, a perfect player.

Dribbling, oh my god he is incredible

The only con i can think of is going to be his weak foot and also trying to link him.

I had luckily done the Battaglia SBC before futmas and when the chance to hyperlink him came up, I jumped on the opportunity.

I mostly only play WL and Rivals, I'm D2 and usually finish Gold 1.

Acuna is the doppelganger of fut cards - he can literally play anywhere depending on what card you give him.

Want him to protect the cbs? Put an anchor on him and he's kante.

Want to play with attacking fullbacks/wingbacks? A shadow makes him one of the better wingers in the game.

Need an emergency cam? Deadeye and he's incredibly respectable there.

Box to Box midfielder? Engine or basic and he runs the show from midfield.

I'm INCREDIBLY glad I did this card. He's not going anywhere for a while.