I have used Wendell in a few of the past iterations of FIFA as he has always been a decent cheap left back. This year, following the release of his RTTF card and due to the fact that he was only 20k, encouraged me to put him in my squad as I was figuring out what team to make for weekend league. I picked him up without even having a concept squad just because I kinda have an emotional attachment to this guy.

I used the tagged squad for weekend league, and was very happy with his performance. I used a backbone chem style on him because that was all I had and I needed to work on a budget because I was also implementing Allan, who I have now made a ton on bless up. Thankfully, even with no pace boost, this guy was able to shut down the likes of Salah, Messi, and Neymar. Of course there were more but these were impressive to me as he is again only 20k.

His speed distribution is key to understanding why this defender is able to beat a lot of these defenders. He has 91 acceleration which allows for him to catch up to the defender and get a body on them. Everyone knows that if a defender is even close enough to the attacker, they wont get away. This combined with 82 agility allows for a great defensive card!

Finally, the dynamic card perk. Leverkusen wont go through in the Champions League, that is a guarantee pretty much, but they will make it to Europa. This will then shift his card to a Europa RTTF allowing him to get upgrades there. I understand that these upgrades are far away, yes, but if you were to implement him into your squad now, when he is still effective, then you can reap some reward. When you're done with him, keep him in your club. Hold him. He will be worth more one day lol. 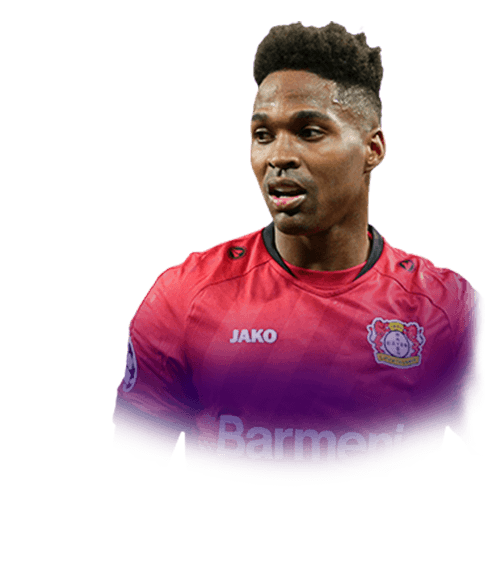