Not going to lie, when I first saw this card my first thought was that it was going to be really overpowered. I guessed his shooting could be fixed with a hunter, a deadeye, or a hawk, oh lord how wrong I was. The first few matches I had with him he performed good, but then his strength started to be a HUGE problem, so I decided to sell him just for buying him once again. After TONS of matches(especially weekend league), I can conclude that this card is one of the worst cards I ever had on my team. I don't know why, but for any reason it is impossible for him to score, and when he does it is always on the easy matches, those matches in which I end winning by a difference of 4 or more in which even if Gameiro didn't score I would have won. I tried him as a single striker, and also alongside Griezmann, and it was always Griezmann who had to pull my team. Gameiro just failed everything from single passes to shots without goalkeeper. He was so bad that I took my computer, created a futbin account, and made this review, so that others don't commit the same mistake I made when I first bought Gameiro. From time to time he did some good things, sadly they weren't as much as the time he failed. For a starter team or as a super sub he may be good, but a 70k player for a starter team or as a substitute is just not worth it. 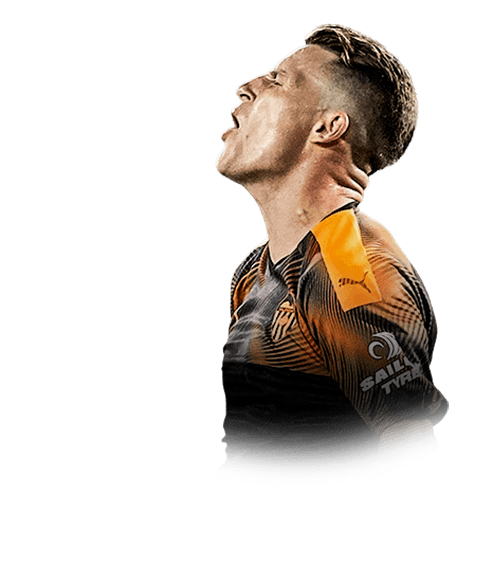 I bought Gameiro because it seemed like a good card. It is not a bad card but has its cons. In 18 FUT champs games, he scored 14 goals and had 5 assists. He possesses an amazing outside of the foot shot which helps with near post shots but at times I feel like he lacks finishing on one on one finishes. Gameiro's pace height is 5'8" and he has 76 strength. His height and strength is noticeable at times where a defender bodie...
Read full review

Actually fantastic with one flaw.

When I had my first glimpse at the card and the price, I thought to myself, that I might as well even try him. The first three matches (Rivals, Div. 5) were awful, as the positioning and the running routes of Gameiro seemed off, but I decided to keep him for the WL.Having reached Gold 2 in my first WL, Gameiro had scored 30 goals in 27 games and provided 11 assists!, I partner him up front with Eriksen GR in 4222 and...
Read full review

My God. This guy has no issue whatsoever. With a Hunter, probably the most underrated striker this FIFA. I bought him early on this Fifa and I had about 200 games and 250 goals/200 assists. I sold him to get better players but nobody succeeded like he did so I bought him back and he has another 150 games and 200 goals/200 assists. Yes this is Rivals and Squad Battles.
Read full review
0
/600
Update my avatar Dos and don'ts
Top Rated
New
Controversial
Show comments