I know he's only been out for a couple of days but oh my lord is this card broken. Thought I would try him out for the weekend league as he linked to my OTW Ben Yedder and Moments Lala so it was too tempting.

With an anchor he goes up to 85 pace but he feels way quicker than that due to his agility for sure and it's the agility that really makes this card stand out because I've found that counter attacks are broken in this game but this card turns quicker to chase a defender than futbin. Another amazing asset is his short passing and long passing. Mixed with his great dribbling it really gives you the confidence to pass with a CB.

Being 5'10" with Medium/Medium I was a bit sceptical for sure but I figured crossing isn't the meta this year so it isn't a concern unless you are obsessed with tall CB and baby cannavaro is similar height and pro players are still using him.

Medium/Medium is a bit noticeable but he has the pace and agility to quickly turn and chase the attacker and if you have a CDM that stays back while attacking the work rates shouldn't be an issue.

In conclusion If you have the coins and the players that link with him, he is a must buy. There isn't many defenders like this in Ligue 1 so if you have the links and the coins you will not be disappointed I promise that.

Weren't cons for me but possibly Height and Medium/Medium 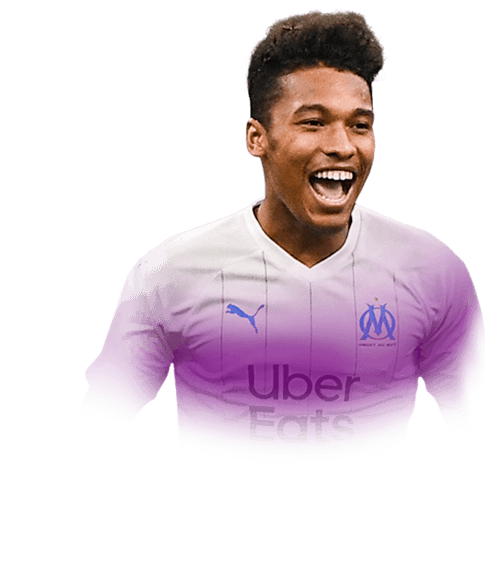 Mum get the Kamara

Great cb, sometimes gets out of place but with anchor he is a beast. I only have used him on tone weekend league but he will stay on my team for more time.
Read full review

A great player! Tested him out for some games in divison rivals, and I really loved him. He has a great pace, and great defending stats. He gave me lot of control in defence, and due to the pace he saved me lots of times.
Read full review
0
/600
Update my avatar Dos and don'ts
Top Rated
New
Controversial
Show comments