First of all, you can skip all these about squad building and reasoning for title if you just want to read the review.

For a hard to link player like this, it means two things:

2. No room for upgrades

BUT, you do get the benefit of using a cheap ass but meta team, so i'll recommend you to buy this setup

1.You have your Icon(swaps) to connect the players with your own squad

2.You have a small amount of coins(or you're afraid of the market crashing everyday and want to keep coins

Alright, with that essay out of the way, now let's get down to the details of this machine, first i want to address the

elephant in the room, can this random ea boosted card really can somehow compare to CR7. Back when i was using CR7,

I couldn't figure out why he's so special, with specials cards being released week in week out CR7's stats ain't that op

anymore, but i have thought about Composure and reactions is two stats that almost every promo cards doesn't have green

stats on, so with this in mind i decided to try out Borja.

Pace: Good enough, and combined with good agility and dribbling, it's easy to burst away from big defenders or slow

reacting opponents(which a lot of big ST can't do).

Dribbling:Very good, i know that ppl look at that 3*SM and goes not meta enough, but hear me out, i love doing berba spins,

scoop turns etc. but with a ST and the current Meta good tight space dribbiling seems more important. Slap a engine on

and his 94 agility and ball control will do the job nicely.

Shooting: With base stats like those, it's hard to imagine anything other than godly

Defending: No one cares, anyone can defend even with a mertens at cdm, let alone a 6 foot don, but with that low workrates

he won't be as aggressive as others do

Passing: Surprisingly good, but the curve really is a huge letdown, I would even go as far to say that is one of the only cons

Physical: Brother, 94 strength, go bully some akes, lenglets, militaos. And the 82 stamina certainly ain't perfect but does the

job for a ST. (Even with second half Team press enabled).

All in all, can this guy actually compare with CR7, the answer is yes in terms of Value for coins wise and you don't care about

No being able to upgrade this team.

Ability to upgrade the team further and keep him 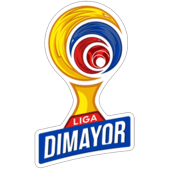 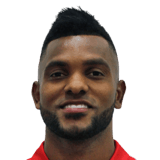 I was searching for a decent striker under 100k, I start with 4-5-1 with Blanc and Seedorf CAM so Borja in ST has 10 chemistry. I use sniper on him. He's unbelievably good, 4* WF seems 5, insane shot, good agility+strength make him a real beast. In his card you can really feel that OP stats as 89 Agility+81 Balance, 97 Positioning+91 Finishing + 95 Shot Power, 94 Reactions, 94 Strength
Read full review

What An Amazing Player (Borja 88)

First Of All, I have to say what a great player Borja is. He Feels Very Fast On the Ball and He is also Strong And Smooth. He has High agility And Balance Which Makes Him So Nice on the ball.Pace - With a Hunter, He has 97 pace. Combined with his high strength and Balance, Once He starts Running Its Very Hard To get The Ball Off HimShooting - With Those Stats, his Shooting Is Extremely Ef...
Read full review

Where do I start? This card is one of, if not the best striker I've ever used. On this Fifa, I have used CR7 normal card, and Borja easily outplays him. Of course, there is the main issue of links, but if you can lock him in with icons or use players such as Hinestrasa or Cabrera he is a definite candidate for best striker in the game. For me, he played very similarly to Tevez's flashback from last year. He has it all, pace...
Read full review
0
/600
Update my avatar Dos and don'ts
Top Rated
New
Controversial
Show comments