Hello everyone, and welcome to my FUT Birthday Guerreiro review! (My first review on FIFA 20, so bare with me :))

I was personally really excited when I first saw this card. His in-game dribbling stats looked absolutely crazy, same with the passing. I really wanted to use him, but as I took a long break from FIFA starting in November up until February, I didn't have a lot of coins. I figured he would be around 150-200k ish, and I just didn't had those coins at the time to spend. But then. he turned out to be around 35k! 35k! I immediately bought him when I saw that price tag. An absolute steal.

I had really high hopes when I saw the card. I wanted to boost his pace (his sprint speed most of all) and as I play him out wide in a 442 or as a LAM in a 4231, I gave him the engine chem style. And boy oh boy was I not dissapointed with the card. He feels just so incredibly fast and agile with the ball on his feet. That 98 acceleration (with an engine) really feels like 98. He just blasts past players in game, and with those dribbling stats he can dribble himself out of the most crowded places on the pitch. And I didn't even feel his 80 finishing to be an issue. When you get him inside the box he'll score, I'll say 8/10 chances on each foot (due to his 5* weak foot). Adding his 87 shot power to it, he just absolutely smashes the ball in to the back of the net. I also found his passing to be really good. He always finds a teammate with his 95 vision and short passing (with an engine), and he has been really important in the build-up play. The stamina seems to be fine on the card, I haven't really experienced him to be extremely tired at the end of the second half. But then again, that also depends on how many times he has the ball.

Overall, I'd really recommend that you use this card. His acceleration combined with his dribbling stats makes him very lethal as a midfielder or even as an CAM. I'd personally use him as a LM/LW or as a CAM on both sides or even in the middle. I wouldn't use him as a CDM or anything like that due to the lack of strength and aggression. The only downside I can really find is that he's not that strong and his aggression is also on the lower side. But for 35k and 4*/5* I don't really think you can complain about that. He's an absolute steal for 35k and you can even use him as a supersub if he doesn't go in to your starting team. I reckon he can fill that roll as well.

+ Pace (with the engine chem style, he's not only fast on the first few meters, but during his whole run. Most defenders/midfielders won't catch him)

+ Stamina seems to be fine 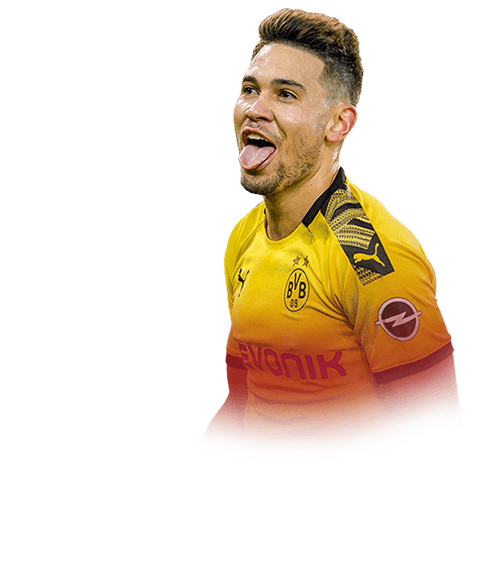 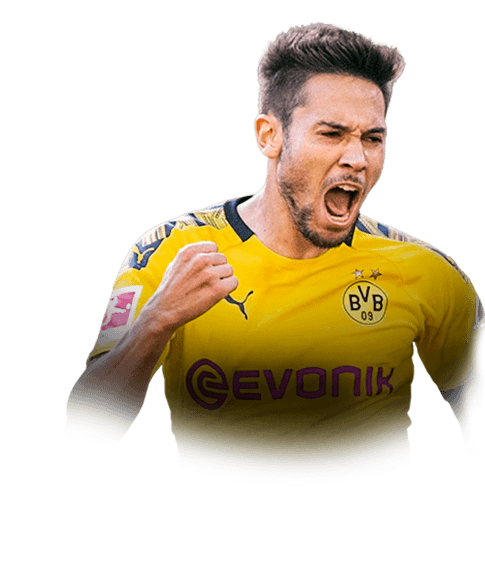 This guy is extreme! I use him as a cm in 41212(2) and Raphael can do everything. He runs from every other cm, he finesses the ball in the top corner whenever he wants, and he lasts the whole game. He is really good on the ball, feels kinda like Messi. The agility and balance make him so OP to have in the midfield. Especially with a big and strong partner. I would recommend the gladiator chemistry style on him to boost his...
Read full review

Fun to play with! Cheap refreshment :)

I got him untradeable and I needed some bundesliga players for Bellarabi objective. I play him on LAM in 4231 formation. I set him on free roam and get in the box for crosses. The chemistry style is Hunter since I think his passing and dribbling is ok as is. He played alongside Reus 88, Rashica 86 and Lewandowski 93.I played with him around 10 games in WL and 10 games in Rivals in Division 4....
Read full review

I got lucky enough to pack him and I build a team around him. I change formations often, but I normally start him at LCAM in a 4231. He's also pretty good as an attacking CM, but I don't recommend him at CAM with his weak foot. I used the basic chem.Pace: Extremely quick off the mark.Nobody beats him in a quick sprint.Dribbling: The best thing about this card is his dribbling. He feels in...
Read full review
0
/600
Update my avatar Dos and don'ts
Top Rated
New
Controversial
Show comments