Fede Valverde is having his breakout season and has been a joy to watch for the majority of Real Madrid's campaign this season. When his FS-card came out, I was excited to try him. My original plan was to try him out for a bit and then sell him on, but Valverde had other ideas, and he quickly cemented his place in my team. 176 matches later, he has become the beating heart of my midfield. For reference, I'm a G1/Div-1 player

His initial job was as the RCM in a narrow 4-1-2-1-2, a role in which he excelled as the most attacking of the 2 CMs. With a Shadow, Valverde boasts an incredible burst of pace. Combined with his physicality and surprisingly nimble dribbling, this gives him the ability to drive the ball from within your own half to the edge of the opponents box with ease and elegance. Energy and physicality are also the key words when it comes to his defending. His tackling is strong and he particularly enjoys running down attackers from behind and snatching the ball away. Some players are strong but clunky - some are small with high strength, but you just don't feel it in game. Valverde feels like a perfect mix, not at all clunky but with a large enough frame to enforce his physical stats onto the pitch. His stamina is just on the edge of acceptable, but unless you press hard he lasts the full 90. If you hit extra time he will be one of the first to go off, but the energy he pours onto the pitch compensates. It's not that he tires quickly, he just does so much work on the pitch. You never ask yourself why he's tired, because you'll notice he has been running nonstop for 90 minutes.

Due to his suprising ability on the ball, Valverde is no stranger to life on the edge of the opponent's box. Get him on his right foot and he will rarely disappoint, but his attacking potential is limited by his double 3*. You won't look for him to finish your attacks off, but if the ball drops at his feet or space opens up, Valverde can take advantage. His skillset makes him a perfect fit for a shuttling midfield role, driving the ball 30 yards before laying it off to someone more creative. I presently play him as the defensive-minded CDM in a 4-2-3-1, a role which he fills admirably. However, his offensive potential is limited with the "stay back"-instruction, and I'm currently not getting the full benefit of Valverdes capability.

He can be hard to link, but he's a great option for a B2B-role. Valverde is a fantastic all-round option who blends technical ability with a solid physical frame. Better dribblers and passers can be found, but few can match the versatility and solidity of FS Fede Valverde. At 650k he is a decent pick-up as well, and with his price seemingly stable there is little risk involved in giving him a try.

Amazing carrier of the ball

Passing and shooting on point when on his right foot.

Stamina on the low end for a hard-pressing tactic 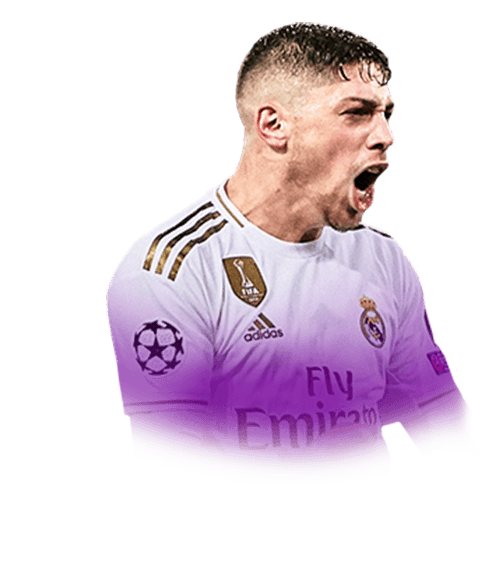 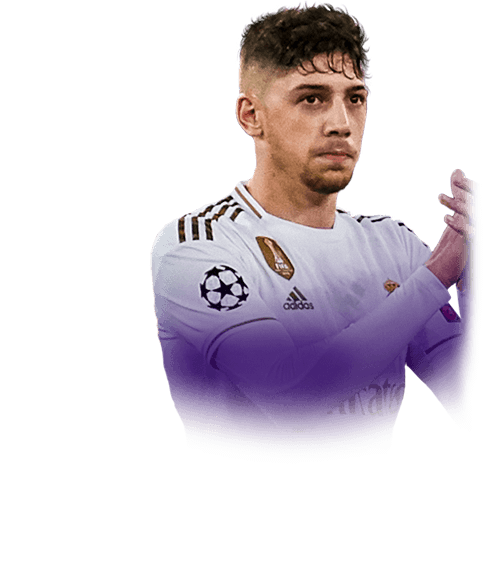 This time I played 4-3-3(2) with drop between defenders on Valverde. He is great at passing and for a cdm shooting.defending Is great.dribbling may be a little stiff but you can not go wrong for 45k
Read full review

Now, I have got the chance to play quite a few games with this man, as I packed him untradeable right after the second future stars batch came in packs. I have played my full weekend league with this man, and he has not let me down. FFS Valverde is the definition of a solid box to box midfielder. I play him on RCM in a 4-1-2-1-2 narrow with an engine slapped on him. His passing en dribbling is absolutely perfect for me. He ...
Read full review

Valverde is honestly amazing. I love playing with him and the chance of him getting upgraded is very high. By the end of FIFA 20, he will probably be at least 97 rated. Playing him in a 4-3-3 formation enables him to get involved in everything too.
Read full review
0
/600
Update my avatar Dos and don'ts
Top Rated
New
Controversial
Show comments