The player you can't hate, returns in all of his glory.

Santi is loved universally and I for one was ecstatic to see him receive a TOTSSF card - especially after his 2016 career-threatening injury and told he may never walk again. This little magician is pure football.

The man glides on the ball ever so smoothly when dribbling. His through balls and vision are those I can only compare with real life Messi.

He's received a pace upgrade of around 34+ and his 99 aggression gives him the ability to rough defenders off the ball… yes I'm talking all 5 foot 6 of him out-muscling Van Dijks and Ramos's, which I admit even I thought was a bit too unbelievable, but that's what he is… Unbelievable.

I've seen people play him at ST, I haven't tried myself but have feedback that his stamina can be a little too low for that position. I would recommend keeping him in the midfield.

Overall, Santi 100% deserves this card and the statistics reflect his career quite nicely - maybe his future Icon card? At the price this card is going for (215k) is an absolute bargain and I recommend if you can link him in to your squad and have the funds for his, there aren't too many that will do it as beautifully as Cazorla.

Pace (For those who rely on pace) 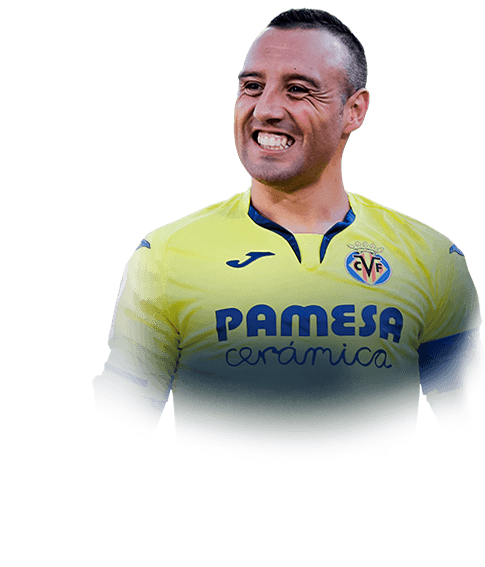 Note: I Lost 200k overnight on Santi Cazorla, 99% use this card on last wl. only 4 more cards available in the market. everyone panic that time that's the reason behind huge price drop on this card. let's do this.ill call him professor. he is master class, the heart of the attacking team. if you don't like to use Messi then he is the right guy who fit into that spot, Messi top-notch card on this game but still, he se...
Read full review

He is god, used as a CAM. Dont worry about his stamina, if you want to keep him for the rest of the match, use him as a striker. Use a hunter and you'll have an endgame card, screw ben yedder, cazorla is the same with a hunter, they also have the same stamina :). Amazing pace, god level passing, smooth dribbling, his body type combined with agression, shots from outside the box that normally players like messi or ronaldo wo...
Read full review

This donny is actually amazing. He's got me 10 goals and 7 assists in currently 14 WL games. His movement feels like messi, and also intercepts like Kante. This combined with his 5* weak foot makes him a very good box to box cdm imo. The only issue is his stamina, but he still lasts the whole game if he's on 99 fitness before the game
Read full review
0
/600
Update my avatar Dos and don'ts
Top Rated
New
Controversial
Show comments