I got Immobile in an untradeable pack so I have no skin in the game to talk up his price. All I can say is, he's the best striker I've used in Fifa20. For a direct comparison with a similarly built striker - I had 96 Lewandowski for a while and Immobile is on another level.

I've only played 5 games with him so far but he's scored three in each of them. The reason for sticking this review in so quickly is that Immobile is going cheap given just how good he is. Watch this space, he'll do a Carvajal and increase by 100/150k when people realise just how good he is, so snap him up cheap while you can, anything under 500k is a bargain for this guy.

Speed - He's a big man in the middle so his acceleration is as important as having the speed to get into the box.

Physical - Unlike some strikers I've played with who have similar stats Immobile stands his ground and rarely gets bullied off the ball.

He's a sword, not a scalpel, there isn't a lot of subtlety to his game - if you're into rainbow flicks and intricate dribbling to score your goals - he might not be for you. If you want a giant pacey forward who bulldozes his way through - this is your guy. 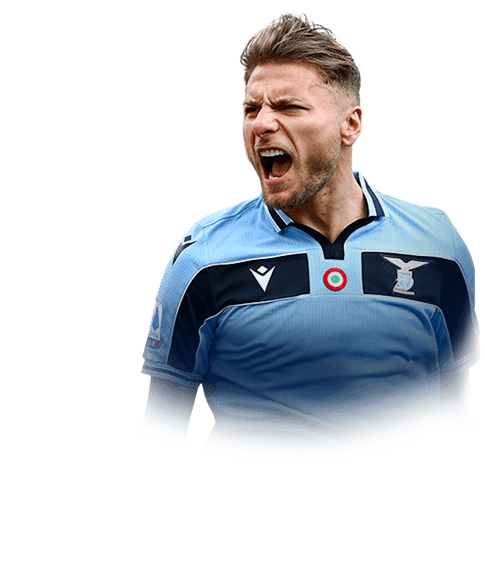 I've come to a point this FIFA where I just find no joy in playing WL competitively anymore, so I sold most of my tradable players to try out different TOTS cards. The first one I picked up was this Immobile, who at first glance, looks like a faster version of HL Lewandowski. This review is based on using him with an Engine chem style because it's basically the only chem style that should be used on him.
Read full review

Found this guy and wanted to sell immediately, I then tried him for a few matches and I sold my whole squad to build a team around him. Fantastic partnership with a pacey striker (Promes in my case), he can be every kind of striker depending on which chem style you put on him. His main pro is shooting, one of the best I tried this year (can compare with Kane and Cavani). Also very good physical and heading stats: he scores ...
Read full review

I have been using him in the last weekend league and damn, he is a beast, if you are looking for a perfect finisher for your squad he is your way to go. I have played him with Giovinco, Baggio moments and Nakata moments behind and with the perfect assists he can really change your games. I started playing fifa again 2 months ago due to quarantine and he is the best striker i have used so far!...
Read full review
0
/600
Click here to verify your account in order to comment Update my avatar Dos and don'ts
Top Rated
New
Controversial
Show comments