Me being a Liverpool fan I have always had a soft spot for Danny Ings, after seeing his card there was no doubt I was doing this card. Just look at his ingake stats, coupled with the WF and SM boost which transform the card from a decent card to an absolutely sensational card. I used an engine on him to give him that additional pace and dribbling boost.

Let's start off with some of his stats for me:

Me being a Gold 2/1 Player, the stats aren't the most outrageous in the world, but by my standards are pretty good.

Let's move onto some of his attributes:

Pace: Absolutely rapid, with that engine on him he feels really quick and most defenders struggle to cope with him.

Shooting: He is by far the most lethal finisher I have used on this game, his high finishing and shot power put together makes him an absolute nightmare to deal with in the box.

Passing: Compared to the majority of strikers his passing is pretty good, but that's not really his role so it's not the most relevant thing on the card.

Dribbling: I don't know if it's the engine or it's just his sheer ability but he was exceptional on the ball, he has some really good left stick dribbling. Couple his agility and his 4 star skills he is a nightmare to play against.

Physical: He felt so strong he was able to hold off majority of CBs. His stamina boost was necessary and it's good that he got it as he is able to last the whole game.

Overall this card is insane and is a must do if you have some SBC fodder in the club. It may be a tad expensive but its better than when you do the Ultimate TOTS SBC Guarantee and you inevitably pack TOTS Summer or Oblak. 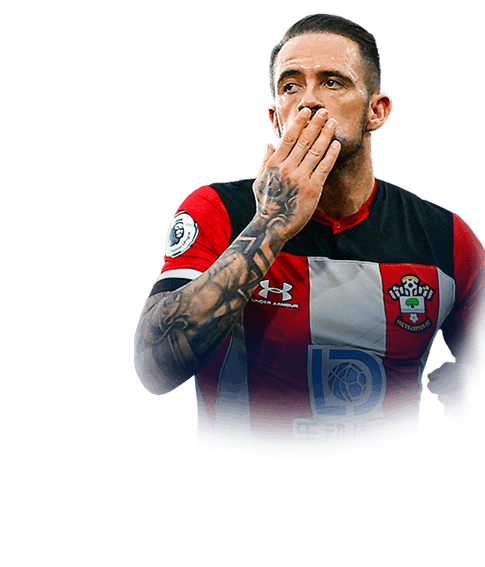 When this SBC came out I saw a lot of negativity about the price. For me I was determined to complete it anyway as I'm a fan of the player and I needed a good EPL striker for this stage in the game. I've been really impressed with him; he's really agile, super responsive and turns beautifully. It is worth putting a chemistry style such as engine on him to boost the pace to the maximum. He can, on occasion, snatch at shots, ...
Read full review

I needed a new striker for the weekend league, as 10 games in Kamada felt stiff and strange for me. This sbc came out, and I snatched it up very quickly.Currently, he has scored 17 in 18 for me (all fut champs), and is an absolute monster! Considering I did the card for only 7k in coins loss, he has been incredible for me!
Read full review

So I decided to complete this endgame Danny Ings card, and I can honestly say I haven't played with many better strikers this year! I played him in a 4-2-3-1 formation and he bangs in goals left,right and centre! His finishing is absolutely top tier and he's not only agile but also has a physical presence. Overall, this Ings card is a must get especially if you can lower the price by using untradables from your club!
Read full review
0
/600
Update my avatar Dos and don'ts
Top Rated
New
Controversial
Show comments