I needed a german bundesliga CDM for my team and after looking at this dudes on Futbin I needed to try him. He is super well rounded and I can say he didn't disappoint me. He is insane at corners having 87 jumping combined with his 186 cms. I'd go for Can for a primary cdm rather than basically every other cdm on the game including Allan, Vidal, Valverde and Fabinho. Pair him up with a faster guy like Fred, Llorente, etc. Fred and him made 150 games for me in Div 2 and champs and did the job superb. I played with the instructions on him as follows: stay back while attack, cover centre, cover passing lanes. He needs a shadow, other than that the only negative with him is that there are not so many good links to him. I'd go for Klostermann. Get this card as a sub if you can't fit him into your team. He is discard price, what is it to lose? 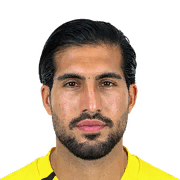 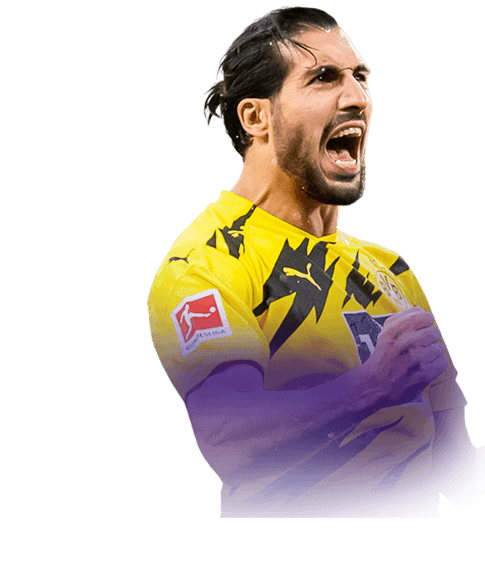 I got Emre at 81+ and I think this is the best CDMI played with in this fifaPace 9/10Normal a...
Read full review

i dont know where to start this card is so INSANE im currently in div 4 in rivals i played 2 games won 1 and drew 1 he intercepts everything blocks everything his long shots are insane he does everything that gullit does and especially for his price he is WORTH IT !
Read full review

Bold words? Yes . Proof? Absolutely. Perfect stats, all of 'em above 70?Brilliant. Absolutely Brilliant. PACE-Not the fastest, but Sprint speed is decent and i've used him with catalyst which is a game changer. SHOOTING- Not great, but well-rounded and he's a CM, whad'ya expectPASSING-With GOATED out passing and brilliant stats, with a ...
Read full review
0
/600
Update my avatar Dos and don'ts
Top Rated
New
Controversial
Show comments