i have triangle link with RB Hakan Calhanoglu, IF (now TOTGS) Hernandez and RTTF Kessie. i was waiting for Milan to get a BEAST midfielder, as the best option was normal Kessie or OTW Tonali, who wasnt gonna get an IF. when i saw big Fanck Yannick Kessie got a LIVE card, i went mental, i saved up for this big man (who isnt even that much), and i can say, he is an absolute beast. imagine using prime Gullit with a bit less pace, is ivorian and only costs 240k. this is Kessie to a T. his dominance in midfield is ever-present, very agressive and fights to win the ball back. shielding with this beast is broken, he cannot be outbodied. ill now break down each key stat and explain its pros and cons. id just like to add, YOU MUST USE SHADOW! if u want to witness this man in full action.

yes, his pace is not a stat that makes him worth the coins, he has average pace and him having a large frame doesnt help. however, this can all be fixed with a simple chem style, shadow. "slap a shadow on him" and the man becomes prime Gullit, dashing around the midfield, intercepting and bodying anyone and everyone. shadow gives Kessie a +10 pace boost, bringing his acceleration to 85 and his sprint speed to a very respectable 90. in all honesty, his pace does lie, he feels like he truly does have 88pace (w/ shadow), as he often catches up to pace merchants like Werner or Mbappe. he is reliable at chasing a loose ball and combined with his strength, bumps opponents off with ease.

kessie can unleash a lethal shot from the edge of the box, running in from deep and absolutely pelting it past to keeper with a decent long shot. i suggest to keep these shots low driven, as it allows for a more accurate shot and stops kessie from skying the ball. other than this, he shouldnt be trusted with shooting anywhere really. might i add, HIS PENALTIES ARE PERFECT. most of my goals with Kessie are pens, and he hasnt missed once.

solid passer of the ball, nothing special, very accurate for short range passes.he can ping a ball across the field with great accuracy, but dont expect him to be able to pinpoint your striker going 100kmph with a 360 no scope top spin chip through ball. to put it simply, a solid passer.

hes good at dribbling, especially since he cant be pushed off the ball by anyone, his pace an slightly affect how quality his dribbling is, but as ive said, nothing a shadow cant fix. his agility is lacking a bit, but all other aspects of his dribbling is top quality. with his dominance in defence, he can split defences with a well played through ball for a fast break on the counter. very sound dribbler who rarely gets dispossessed, is always composed and holds the ball up brilliantly.

Kessie is a monster at CDM, intercepting every wayward pass and plowing straight into the opponents player to start up a counter attack. his presence is felt across thepitch, and his challenges are supremely accurate. hes been booked once due to a rubbish call on the ref's behalf. the use of a shadow chem further boosts his already brilliant defensive stats, and is an absolute defensive machine.

my oh my, defending and especially physical is where Kessie' true colours shine. theres not a player in the game who i think could outbody big Franck Yannick Kessie. not even the iconic Akinfenwa. theres really nothing to stay, he has MAX stamina, is built like a fridge and will NEVER get pushed around by anyone.

overall, 240k for this man is an absolute bargain. hes seen everywhere on the pitch, his positioning in defence is sublime, he never misses a challenge, cant be outbodied, can split defences with a simple through ball, doesnt lose possesion and can even dribble. is there anything Kessie cant do? i tell you, my main man Franck Yannick Kessie is the full embodiment of prime Gullit, and i say that with full honesty.

hope you all enjoy this review, its my first one so be sure the give constructive criticism and leave suggestions for future reviews. if u have any sort of Serie A links, hes deffo worth a buy. i can see MIlan going far in the Europa League as well, so this card might best be bought now before he gets even better. thanks!

slightly clunky on the ball 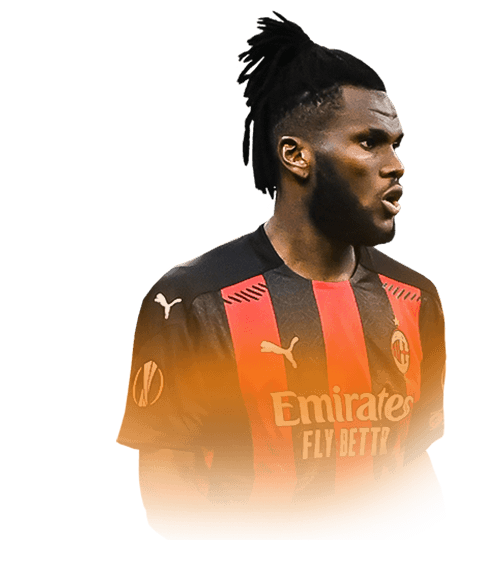 Beast as cdm or cm (with stay back). Very complete in this position, probably more complete than sissoko, because Kessie is able to shot and is a bit more agile. Anyway, don´t try too much driblings with him. Milan are in a great form so this card can become incredible.
Read full review 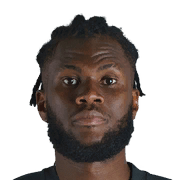 Firstly, I had used this card to link to my Calhagiri rule breakers, and was overall impressed, especially by his value. To shorten this review to its most efficient size, I will be reviewing only the more popular stats. Pace The 71 pace is reflected on the field, with his mediocre movement and his rather chunky body type it is vital to not play any risky plays...
Read full review
0
/600
Update my avatar Dos and don'ts
Top Rated
New
Controversial
Show comments