I've been playing FIFA since 2014. I'm an above average player that tests a lot of different players. I haven't written a review before but decided to since no one else had and I'm sure plenty of people are curious but turn away due to his lower pace. I decided to try Fabinho in my team due to his lower price, high attribute stats using a Shadow chemistry style and he fits well into my team between Van Dijk and Cancelo RTTF.

I was expecting him to be a bit weak, ground based, decent passing and decent tackling. What I got was a nice surprise. He is a tackling machine! He also is always positioned in the right spots and goes to the proper area when a teammate leaves their area. What I found that what he may have lacked in pace, he more than made up for in smart positioning and not missing tackles. I also noticed that compared to other CB options in the Premier League, when he goes for a tackle, it's clean. With his body type, he reminds me of a smaller Van Dijk or Varane due to his long legs.

I know a lot will probably stay away due to his lower pace, but if you're looking for a CB that doesn't miss tackles, doesn't rack up cards and that pairs well with a wall like Van Dijk or a faster CB like Gomez or Laporte, give this guy a try.

At the time of writing this, he was going for about 205,000. I found this to be a pretty good deal considering his ability and the potential for a ratings boost.

He's not a speedster and will get beat in a straight foot race against guys like Werner but positioning keeps him from those situations most of the time. Also, he actually feels decently agile due to his slim body type so he feels quick in tight spaces.

High shot power and very high penalties attribute allows you to use him for penalties if you need. Fun to use a CB for penalties sometimes. Other than that, surely you'd want to shoot with someone else.

High vision, short pass, long pass and decent curve makes him a very good playmaking CB. Makes pretty much all the passes you would need a CB to do. Paired with his decent agility and high composure, he definitely is excellent on the ball.

His agility is 67 and balance is 66. He feels more agile in game. He felt like both attributes were more upper 70s. His reactions were fantastic, dribbling was very comfortable and his composure was outstanding. Also, with 3* skill moves, he retains the ball well and can get into space well.

One word, phenomenal! With a shadow card (also to help with pace), his attributes go:

As I stated above, when combined with his long legs, when you go to make a tackle with him, he simply doesn't miss. He also blocks a ton of shots due to his positioning and long legs.

His jumping isn't great but wins headers at a higher rate than 50/50. Just don't ask him to be your corner target. His stamina is way more than enough to play a full 90 and extra time. His strength is 83 and feels like it. Although, with 88 aggression, he fights well for the ball and combined with his 99 tackling and long legs, he wins most balls.

-Makes pretty much every tackle minus user error

-Almost always in the right position

-Covers for out of position teammates well

-Amazing passing out of the back

-Feels quicker than attributes say due to good agility

-Pace, won't win a foot race with guys like Werner but not many do anyways

-Will lose an occasional header

-Not much else really, maybe volleys since his rating is only 48 LMAO! 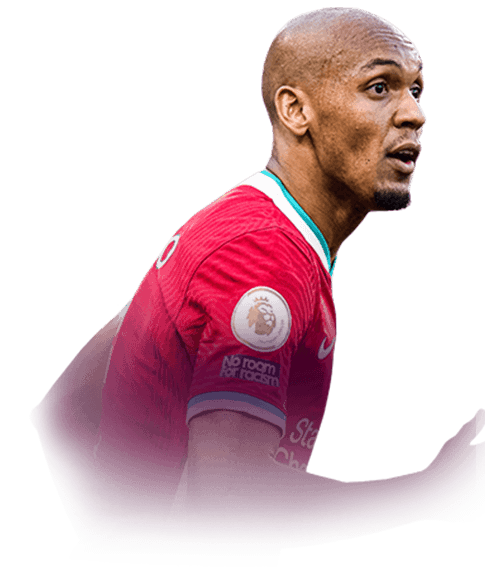 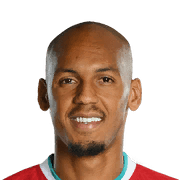 what a shit card

hes slow with a shadow and does pick up the ball, I want him to stay back but he goes forward and leaves my defense open. don't get him buy allan instead
Read full review

Hello all! I personally would say that fabinho is a great choice as a cdm. I play him along side Schweinsteinger and he has earned his place in there. He takes every ball he challenges for, usually without commiting a foul, and sets up the winger with a great through ball. His pace with anchor is enough to keep up with some strikers and wingers. I recommend using him in the early-late game where there arent many icons aroun...
Read full review

I sniped him for 21k and was pretty worth it. I play him as a cam and does and amazing job. He actually scores. I mean, look at his shooting stat and he actually scores goals in Rivals. He also provides lots of assists and makes ziyech, inform ings, and fernandes to goals. He also intercepts the opponent, which gets goals, if you get goals, you are winning, and fi you are winning, the opponet rage quits. Overall, he is grea...
Read full review
0
/600
Update my avatar Dos and don'ts
Top Rated
New
Controversial
Show comments