Played him at ST in a 4222 and at CAM in a 4231 with hunter chem style. First of all, he is not the kind of player that creates chances on his own. He needs to be put in a good finishing scenario by other players, but then... double R1 felt really great with him because he was just powers himself through and finishes as if he is R9. He also feels quite agile but the 3* skills really limit his options. I personally need atleast 4* skills in offense but I enjoyed him still because of the 5* weakfoot which make him unpredictable. Especially if you already scored with a crazy finish against your opponent the 5* weakfoot will scare your opponent even more. His shooting abilities are amazing, scores everything! Passing felt really bad tho, except for the standard passes that are 100% safe either way, but for a Striker it is good enough. Physical was okay, but his stamina is pretty low, so you might want to give him the instruction to stay forward.

Summary: play him at ST, nowhere else! He is a crazy finisher and will get you goals, but don't expect anything else. 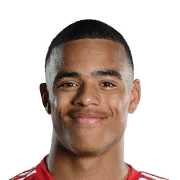 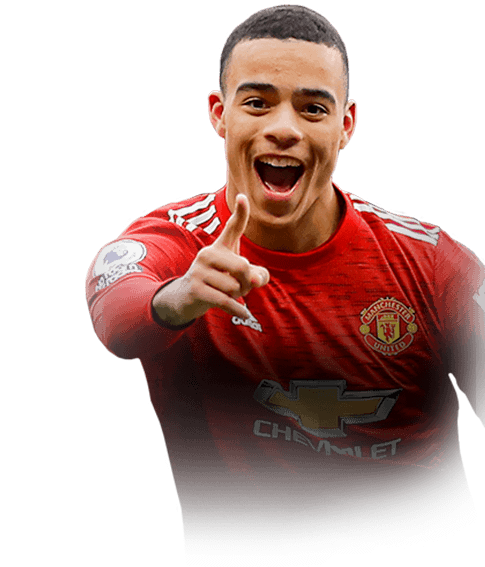 Hi, guys! I got Mason in my WL PP, I wanted to try this guy as he is a very underrated talent irl and who doesn't like big and in Mason's case humble talents. His price is fair, he is very good, he lacks the skills, but with the power he provides, his speed and especially shooting he is more than a good player. I tried him for 15 games in DR (div2) and about to try him in the upcoming WL. He is playing as a left CAM in4-2-3...
Read full review

i used this greenwood motm card at rs in a 4-4-2(2) with the hunter chem style.i would say using him at ST is better then at Rm as he doesnt really have the pace or agility to play out wide.at striker he as the 5 star weak foot and 94 finishing with the hunter meaning he is very clincal in front of goal except for odd occasions as his composure stat is only 80 he can sometimes just smack it at the keepers palm...
Read full review

Fun player to use. Not great at dribbling but he seems faster than his stats suggest.
Read full review
0
/600
Update my avatar Dos and don'ts
Top Rated
New
Controversial
Show comments