As I noticed that the only review made for this card was by someone who played him as a CB (no front at all, we've already reached the point where everyone plays LBs and RBs as CB......), I wanted to write down my experiences with him playing as an actual CDM as that's what he is.

I played him with SHADOW and for both formations, my defensive tactics were pressure on heavy touch and apparently, this is what you need to make him live up to his fullest potential.

99 Interceptions + 91 awareness (SHADOW), combined with that stamina promise a lot of interceptions and winning the ball back in a brutally high frequency and he 10000% lives up to this. He makes your defence more stable and gives your opponents a bonus barrier to face before they reach your CBs.

He is strong enough to bully attackers off the ball, fast enough to be at the right spot when you need him and what hasn't been mentioned yet: don't be fooled by his passing face card stat!

Look at it closely: 87 vision, 88 short and 87 long passing. That's all you need from him given the position and his role in the squad, the more attacking players will do the rest after they'll get a reliable ball from Lucas beforehand! :)

Just don't shoot with him in the box. His finishing stat is really noticable, the shots are painful and y'all deserve better than that. :D 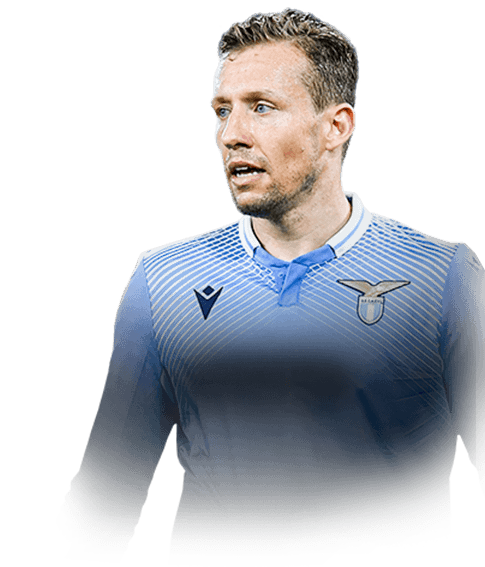 I play 3 at the back (352 / 532) and have recently switched to a Liverpool past and present side. Competitively speaking, there are only 2 Liverpool / ex Liverpool centre backs (Gomez & VVD - Fabinho is too slow). So when I saw Lucas What If at 88 i jumped at the idea of replacing Fabinho with a faster option. I bought Lucas immediately and put him in the team at 8 chem (I now plan on fixing the chemistry as Lucas is to...
Read full review

It is honestly very shocking at how cheap of a beast this card is. He is defensively very sound and is Brazilian so he has good links. He's shorter than your traditional CDM, but it definitely makes him feel a lot better on the ball. His dribbling makes it very smooth to play out the back, but his weak foot is big let down considering he often misplaces passes. Overall, a solid CDM that's worth a try if you want a Kante typ...
Read full review
0
/600
Update my avatar Dos and don'ts
Top Rated
New
Controversial
Show comments