I was in need of a good rb from bundes for a long time that was under 150 k and i didnt find any so i had to use herrman the german at rb and play a 3 back in game where i played dogshit mainly because herrman wasnt that good at rw. But this guy at rw is soo good. He can finish, he can dribble, he can defend, he can shoot he can do everything. What a card lads, And he links to muller which is beautiful. This guy is absoulutley cracked at rw honestly 5 star skills with his shooting stats at lb just doesnt seem right but as a rw he was doing bits. then i thought why tf do i not play him striker. so i played him striker and damn i am in love with this card in all honesty,. He was soo good at striker lol. Not as good as my main striker but he was great. scored 2 goals at striker and at rw he scored 1 but 3 assists. then i thought why not cdm and holy shit he can play there too. he can play at cm he can play at cam he can actually play anywhere. My guy is also fast af. theres more chance varane and mendy catch coronavirus than catch this mf. Soo good honestly. he is just soo good bro. My opponent was trying to fight for his live in fut champs today cos of this guy. I love this card and i will give it a 10/10 in every section there is no flaw. People are saying tabsopa is really good well this guy for the price for me is 1000% better. he is like futbday sambia tbh but better defensivley. What a great card, and if u are a meta guy and play 5-3-2 then unfortunatley he is the best choice for you at rwb. He is just soo good lads. If u ask me should u do it or not then i would say yes 100% great value card that is the best rw at my club apart from sarr tots.

Everything but his nation

Nation isnt the best tho 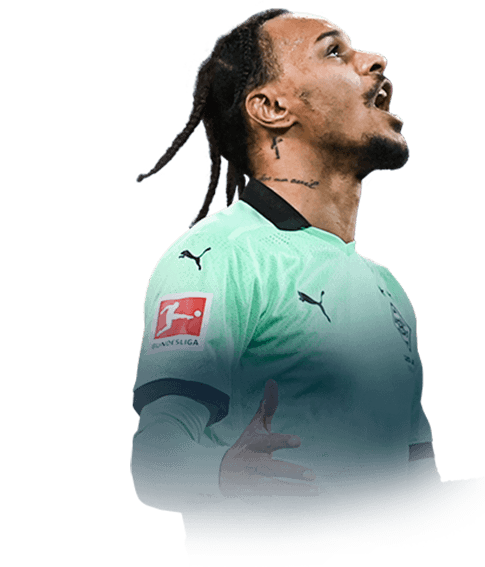 So I saw him come up as a new sbc and I was needing a rb from the Bundesliga so I did him and I used him at cam to unlock the Roussillon objective so at first I used him at rw and the blistering pace ruins fullbacks and the crossing was sometimes bad but usually really good. So then I used him at cam and omg he was so good with the fast through balls and the 5-star skills made him a goat cam ...
Read full review

Lazaro is a magician in disguise

Hello guys and welcome to my review about this cheeky little magician,First thing first, Im not using him in a defencive way so if you are looking for a review about his defending skills, this aint it chief.So lets get started, fir...
Read full review

An Honest Review on Valentino Lazaro

Hello everyone and welcome to a player review. Today we are doing it on Tots Moments Sbc Valentino Lazaro. Before starting keep in mind that english is not my first language. Other than that idk anyone cares or not but after my review on Angel Correa, i jinxed his performance and he is gonna be replaced soon. But this review is on Lazaro so lets get into it.
Read full review
0
/600
Update my avatar Dos and don'ts
Top Rated
New
Controversial
Show comments