To start off I'd like to point out his price, he is incredibly underpriced. With any chemstyle that boosts defending and physicality he gets 90+ in every single stat (excluding basic)

He can probably play anywhere,

Striker with a Hawk / Hunter

CB with an Anchor / Sentinel

Or the obvious choice which is what I went with:

He was great, his passing is phenomenal, he doesn't miss the target, he runs fast, and he defends like a monster. The only main downside is his dribbling thanks to his body type but it isn't even bad. It's very similar to TOTS Ismaïla Sarr so I wouldn't say he's clunky but he definitely isn't super agile, his RB dribbling is actually pretty smooth.

He got into the box for me but obviously didn't score a header as it is fifa 21, but maybe if you use a sentinel as he does get 99 heading accuracy you might score some headers with him.

They removed his high defensive work-rate, would've worked well on this card at CM

Not the most agile player (similar to TOTS Ismaïla Sarr)

86 Composure (Not that noticeable in game)

70 freekick accuracy? There aren't that many cons and if it was 80 all his stats would've been green (Doesn't matter just would've looker nicer I guess) 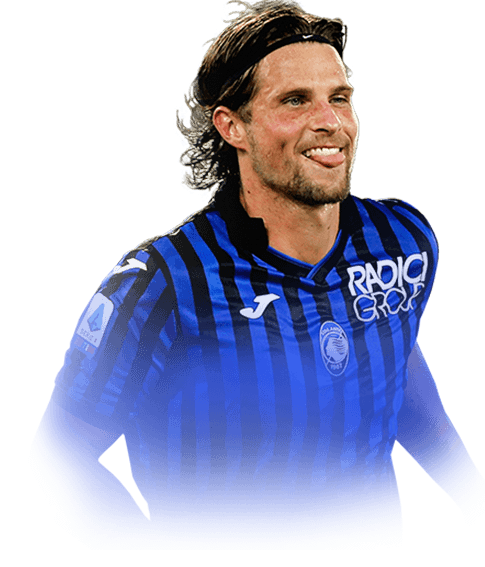 Initiallly I was hesitant replacing FutBirthday Vidal, however this guy is a BEAST. 7 Chem, box to box midfielder in a 433(4). Do not let the 80 strength or low defending turn you off this card. He plays like he at least has 90+ strength. I also find that his height is perfect and is not clunky.
Read full review
0
/600
Update my avatar Dos and don'ts
Top Rated
New
Controversial
Show comments