N'golo Kante is one of the best midfielders in the world right now and in FIfa 21 we haven't really seen an N'golo Kante card which does justice to some of his iconic UCL performances which culminated in Chelsea's Champions League glory and probably a UEFA Men's Player Of The Year award for the world class midfielder. However, now we finally have a N'golo Kante card which replicates his performances in real life. Even his height(5 ft 6) doesn't even seem to matter as he even wins many headers due to his 99 jumping.

Pace- He is so fast,honestly you can see as he glides through the air. This is probably due to his incredibly transitional speed from defence to attack which he has also shown in real life eg. When he overtook Werner vs Real Madrid but missed the one on one chance. While playing, you can see as he looks as if he has an extra 5 pace on everyone else in the game as no-one not even Renato Sanches can catch up to him. This means that even a simple one-two can lead to a goal.

Shooting- He can score from anywhere,from 30 yard finesses to just one on ones on his left foot,this kante card seems to be able to score most chances which he attempts. I recommend finessing from long distance on his right foot but he can also score just outside of the box finesses on his left foot. This is because with a hawk he has 97 shot power which is very useful for outside of the box attempts. This is quite impressive as he only has 85 shooting(91 with a hawk) which isn't that much at this stage in Fifa but he still can score many goals a game. For example in game number 3 I scored 4 goals with him.

Dribbling- Although N'golo Kante only has 3 star skill moves,his dribbling is insane.Espicially those silky directional nutmegs round the corner. If you are a skiller, do not worry about attacking with Kante as directional nutmegs,bridge dribbles,roulettes and body feints all work very well for the little man due to his body type as defenders cannot turn as quick as him and some even just get pushed away by the little man.

Passing- In terms of passing, there are very few that even compete with his passing ranges. He can rock 60 metres with through lob passes on either foot plus when playing people in,he passes it exactly where you want it to go and is pinpoint accurate

Defending- In my opinion,there is no other midfielder who is anywhere near the level of Kante's defending. He literally intercepts anything anywhere near him and you will rarely see him miss a tackle. His defending is so exceptional that you can even play him at centre back if you like as he has the strength,work rates and jumping to play there.

Physical- His physicals are outstanding. His jumping makes him even win headers against the likes of Marquinhos sometiemes and his stamina much like in real life makes him play at a high level for the whole match. Also,his strength makes him extremely difficult to tackle as he has great dribbling and he can push big defenders as well.

Conclusion- Don't be afraid to put you fodder into he is worth it and is extremely good value, I mean 300k for a CDM who is 99 rated and will sometimes single-handedly win you matches:) 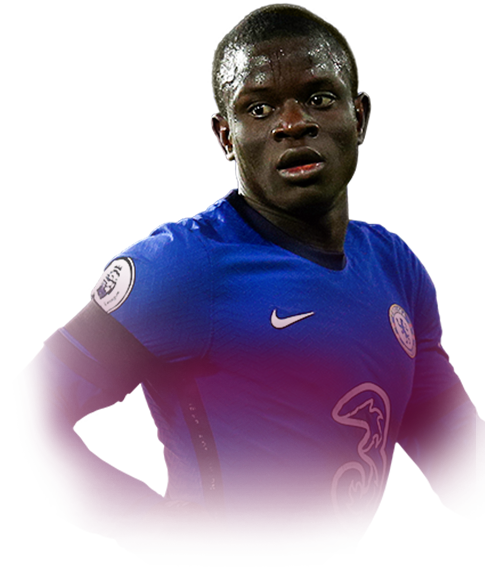 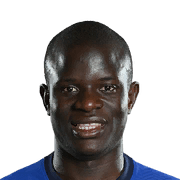 A nightmare for the opponent

Kante for me is definitely the best CDM in the game. He has good links and maybe his passes and dribbling aren’t the best bust what really matter for a CDM is the defense, and with shadow he has 99 of all defense and 94 def awareness(obviously heading no). He will absolutely be a nightmare for your opponent because he is almost impossible to pass by. And he has a nice agility too
Read full review 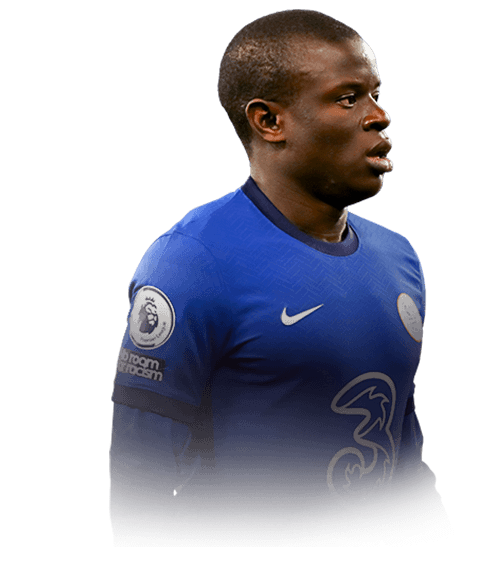 I am not a pro player, in the Weekend league i can reach gold 1 but I tried him as CDC with shadow and he is everywhere! he can pass, he can run all the match, he can destroy with his phisical people like ronaldo, mbappe and more. He is in all the passing lines and ready to do a counter attack, use him with a more offensive midfielder, he'll be there to cover the whole midfield! BEST cdc i ever used. lm...
Read full review

Can't Imagine Playing Without Him

I was lucky enough to pack an untradeable Kante from rewards in September. I was using a serie A team at the time so it took a few weeks to morph it into a hybrid serie A/EPL squad to fit Kante in and ever since I did that, my FIFA experience has changed in such a positive way. I immediately shot up from division 3 to division 1. Adding players like salah and van dijk to the team definitely helped, but Kante is the glue tha...
Read full review
0
/600
Update my avatar Dos and don'ts
Top Rated
New
Controversial
Show comments