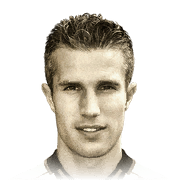 -
Sub out
Upcoming Matches
P. Chemistry
Squad chemistry
ST
89
RW
88
LW
88
CF
89
RF
89
LF
89
CAM
88
CM
82
RM
87
LM
87
CDM
66
CB
58
LB
64
LWB
68
RB
64
RWB
68
Reset
Basic
Sniper
Finisher
Deadeye
Marksman
Hawk
Artist
Architect
Powerhouse
Maestro
Engine
Sentinel
Guardian
Gladiator
Backbone
Anchor
Hunter
Catalyst
Shadow
Comments
Reviews
0
/600
Click here to verify your account in order to comment Update my avatar Dos and don'ts
Top Rated
New
Controversial
Show comments
Top Reviews
Only logged in users can submit a review
A review must be written in English
At least 200 characters are required.
Compare this player to other similar players you have used(optional).
If you import your club to FUTBIN or send us an image with the player data(fill the form below) your review will be marked as verified.
Include what you liked about the player in the pros area and what you disliked about the player in the cons area.
Your review will be manually checked during the next 24 hours.
Chem Style Used
Formations
Position
Rate Player Base Stats (1-10)
Pace
5
Shooting
5
Passing
5
Dribbling
5
Defending
5
Physicality
5
Most Used In:
Submit Review

I used RVP to try him out for the first time, I played him as a lone ST in a 4231 with an average 150k team around him. Ièm a qualified Champs player in div 3 almost div 2, and played him exclusively in Rivals and Champs Playoffs.

Hes not slow but hes not fast either. You definitely cant use him to get in behind the defenders, so i used him with Target man instructions to get him to drop back to receive the ball instead of getting in behind. His combination of 83 pace and mediocre agility/balance makes him somewhat heavy as a runner, so i definitely recommend to surround him with pacey players that can get him the ball near the box.

Hands down the best shot i've used in this game bar none. He can EASILY score finesse shots on the left foot from 30-40 yards. If u get him on his left foot anywhere near the box just shoot and watch the magic happen. As for his 4* WF, it's good from inside the box, allows him to trick defenders playing to block his left, Outside the box however don't bother.

Hes a good passer, better than most ST, short passing is elite, long passing wasn't bad either, chipped through balls were solid. I would say with his lack of pace and good passing, it wouldn't hurt if u wanted to try him out as a CAM.

4* Skills is a big plus on any sort of big ST considering the likes of Haaland and Lukaku only have 3*. RVP is heavy on the ball but the good ball control helps a lot when trying to create space for the finesse of god. His skill moves also allow you to use good moves inside the box to separate him from his defenders and shoot.

His physical was disappointing and left little to be desired. Hes not strong at all, bigger CB can bully him easily, his Jumping is low so he doesn't win many headers despite being the "Flying Dutchman". The biggest problem of all in his physical is hands down his stamina. He gets tired QUICK. by 65th min u have to sub him off or change him to a midfielder to cope with his horrible stamina.

The Flying Dutchman is unbelievable

Bought this guy cuz I love him so much since he joined United in 2012 and lifted the Premier League number 20.. just so many good memories he brought to me and other fellow United fans that season

Ok, so, basically you can say "Van Persie is very similar to CR7" and you finish the review, and that's because it's a true

Van Persie has a very similar body type, agility and pass that CR7, also, he has a great shor and the same height, obviously, CR7 is better, and also CR7 has more pace and the 5 sm, thing that is very important in this stage o fifa, BUT, if you don't care about 5 sm, maybe this could be your man

Van Persie shoots and volleys are AMAZING, also he has a very great pass for a Striker, I thought the movementa and agility would be bad, but, isn it, indeed I use him as a Left Forward, it's notorious that he is a littoe bit slow for play on the sides, BUT, he can cross and be the second striker when is necessary

Note: Yes, are a lot of strikers better than RVP, and the pace is a very great problem, he isnt slow, but, if you compare with Mbappe, Vini, Chiesa, Neymar, Ginola, etc. It's obviously that he lose, but if you like it in the real life, try him, is a great option

Pass: For a striker I love it, also crosses are very good

Pace, in this stage of the game is slow, very slow

Defensive positioning, he isnt your first option for defending, BUT, he covers very bad his position