Having packed in him in my 82x25 swaps pack, I was overjoyed. My pack luck before this point was pretty poor so building a squad to challenge at the top end was tricky. This card has changed all of that on it's own.

Since having him in my team my Weekend League results have improved and I've steadily moved up to a consistant level of Div1/Elite. He's the game changer.

It took a while to adjust to the fact he has pace and is far more agile than his base card. Having used him as a CDM in previous FIFAs, it took a few games to get going with him. But, oh boy, once I'd cracked it, he was (quite simply) the best non-icon midfielder I've used.

His range of passing, interceptions, bullying of opposition midfielders and a lethal long shot make him a superstar in my team. I don't often get messages after games. However, I've had many a message from players saying Fabinho was unstoppable.

I think a large reason why this card works is the 94 composure. He just does everything without fuss. I use him as a CAM and that's where I would recommend he is played. Yes, you can stick a shadow on him and play him as a CM or CDM, but he's wasted there. He reminds me a lot of Moments Socrates and he fits the meta of this year's game so well.

His price has stayed steady and there's good reason for that. he is well worth that price and he's cheaper than some cards which I have found to be less effective. If you have 400k and need a player who can do everything in the middle, don't hesitate, get Fabinho.

Reading of the game

Heading for his height 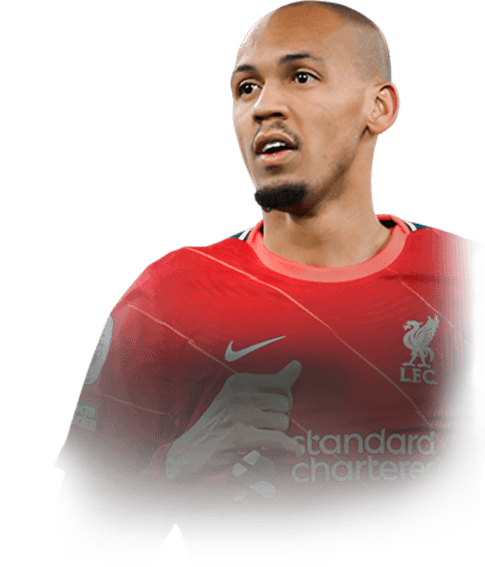 Cant wait to try this card. Fabinho as an attacker was always my dream, so I buy him instantly for 600k. He is extremely hungry, flying more then running, fastest card I ever played this year. He can shoot well, not excellent, but well. He is very smart, always where you need him. And that passes! Most accurate pass I see this year. Also he still defends well, not like 65 defending, more like 80. If you play 41212 or 4312, ...
Read full review

One of My Favorite FIFA 22 Cards

Pace:I had the audacity to slap a hunter on Fabinho and I couldn't be more satisfied. With the chemistry style, I would say he feels like 93-94 pace honestly with the acceleration being very noticeable and impressive. Arguably, the pace is meta and very good for a 6 ft 2 natural CDM. The unique body type could also play a role in his pace on the ball and off it.
Read full review 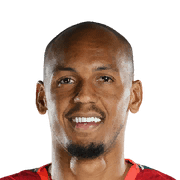 So, I played 454 matches with Fabinho, and ready to let you know my thoughts on this card. Unfortunately, as much as I love Fabinho in real life, he's just a slightly above average player in FIFA 22 only because of his incredible defense. What's good is that he's not expensive at all and anyone can try him out. EA made the man dirty, making his card slow as turtle, and the bad agility makes it even worse. Honestly if you th...
Read full review
0
/600
Click here to verify your account in order to comment Update my avatar Dos and don'ts
Top Rated
New
Controversial
Show comments