Winter Refresh, or Ratings Refresh, is a time when players who’ve performed well in the first half of the season receive upgrades to their regular base card ratings & stats. Although the base cards you may have in your club will stay the same, with the newly upgraded cards put into packs in the place of the old version, upgrades for particular players could lead to upgrades to their previously released special cards.

For the purpose of this article, I have selected a squad of 18 Serie A players, consisting of a first XI with 7 more players on the ‘bench’, who’re in contention to receive upgrades during Winter Refresh. This isn’t an exhaustive list of upgrades, as EA tend to upgrade dozens of players for each league, but this is a mixture of the 18 most notable, most interesting, or most deserved, upgrades that could potentially be coming. For balance, I’ve limited myself to using a maximum of 4 players per club.

These ratings are based on the latest offline database & are not official, they are also not necessarily how I would personally rate the players. If a certain player you’re looking for isn’t here, don’t worry, it doesn’t mean he’s not going to get an upgrade. Ratings & stats are accurate at the time of writing.

Signed from Arsenal for what seems like a bargain now, Wojciech Szczęsny has been a mainstay in the Juventus goal for a few seasons now. The Polish international has kept 6 clean sheets in 16 league appearances this season, as well as 2 in 5 Champions League Group Stage appearances & seems a far more mature & reliable keeper than he was in his Arsenal days.

Perhaps we shouldn’t be surprised by his improvement though, seeing as he was understudy to Alisson whilst he was on-loan at Roma & has learnt from the very best both with, & under, Gianluigi Buffon at Juventus.

I won’t lie, picking a player for the right-back spot was difficult for me. While the likes of Cuadrado & Candreva have been playing well there this season, there’s a difference between playing well & playing well enough for an upgrade in the eyes of EA Sports.

Danilo D’Ambrosio, who hasn’t necessarily been playing at right-back in all his appearances, forms part of a defence that has lost just once in the league this season under Antonio Conte, conceding a joint-league-low of just 20 goals in the 23 games they’ve played & looks set for a +2 upgrade during Winter Refresh.

My 2nd Inter defender, Alessandro Bastoni, has won himself quite a few admirers this season with his composed, ball-playing style of defending, showing a maturity which you might not expect from a 20-year-old playing at the highest level of Italian football.

While he may have the likes of Skriniar, de Vrijj & the hugely experienced Diego Godin ahead of him in the pecking order right now, it won’t be long before Bastoni holds down a regular place in Inter’s starting eleven.

Manchester United let a few players leave for Serie A in the summer, & while Lukaku, Sanchez & Darmian have had varying degrees of success at their respective clubs, Chris Smalling’s loan to Roma has certainly been beneficial to both player & club.

Despite playing 6 fewer games, Smalling has already registered more league clean sheets for Roma this season (5), than he did with Manchester United in the Premier League last season (4). His form was deemed worthy enough for a Headliners card by EA, it’s just unfortunate for owners of that card that Roma’s form right now is rather inconsistent.

Would you believe me if I told you that, despite being a left-back, Theo Hernández is Milan’s top scorer in Serie A this season? Not only that, after Suso’s move to Sevilla, he is also currently leading his teammates in terms of assists too? Well, that’s how things currently stand at Milan.

Hernández’s tally of 5 goals & 2 assists means he’s tied with Aleksandar Kolarov as having the most goal contributions of any defender in Serie A, but Hernández betters Kolarov in terms of interceptions (7 more), clearances (1 more) & successful tackles (3 more), so if Kolarov is 82-rated, what rating should Hernández upgrade to?

While his club is flirting with relegation, the so-called heir to Andrea Pirlo, Sandro Tonali, is flirting with stardom. As a deep-lying playmaker, Tonali leads his teammates when it comes to assists (4), key passes (45) & big chances created (6), hence the comparisons to the aforementioned Andrea Pirlo.

Interestingly, when questioned on the links to Pirlo, Tonali said he sees himself as a mixture between Pirlo, De Rossi & Gennaro Gattuso, so I suppose it’s not too surprising his Future Stars card, the card which represents what he could be if he were to reach his potential, is so incredible.

Despite two informs & a Team of the Season card in FIFA 19, Radja Nainggolan was hit with a -2 downgrade at the start of FIFA 20. Whether it was due to age, performances, or his move closer to his family’s home in the summer, it seems EA have had a change of mind.

Playing in a more advanced position to his usual, box-to-box midfielder role, even playing on the right-wing at times, Nainggolan has scored 5 goals, registered 5 assists, & played 42 key passes for Cagliari this season & looks set to regain 1 of the ratings he lost at the start of the year.

While everyone in Europe is playing catchup to Kevin de Bruyne’s assists record this season, Luis Alberto is flying the flag for Serie A’s creative maestros, registering a healthy 11 assists in 22 appearances for Lazio this season, which is already more than double his assists tally from last season (5).

Luis Alberto also leads the way in Serie A when it comes to key passes (65) & big chances created (13), while also making the most accurate final third passes (514), making him the indispensable, creative force behind Lazio’s title bid this season.

The 2nd player in Serie A to reach double figures for assists after Luis Alberto was Atalanta’s creative dynamo Alejandro Gómez. There actually seems to be an ongoing battle between the two this season; no matter how impressive Alberto’s stats are, Gómez always seems to be around the same level.

Ciro Immobile has been in phenomenal form this season. Not only was he the first player from the top 5 European leagues to score 20 league goals this season, he was also the first player to reach the 25-goal mark, & currently sits at the top of the Serie A goal scoring chart with 25 goals in 23 appearances.

Immobile leads the likes of Lewandowski, Ronaldo & Werner for the 2019/20 European Golden Boot & has, remarkably, scored more league goals for Lazio this season than 4 Serie A clubs have in total (Genoa, Brescia, Udinese & SPAL).

Inter seem to have taken a liking to signing experienced Premier League players recently &, while it remains to be seen how moves for Eriksen & Young will pan out in the long run, one summer signing has proven to be well worth the £58m outlay.

After 17 goals in 23 league appearances, Romelu Lukaku has shaken off the shackles of his somewhat hit-or-miss time at Manchester United, showing signs of the player the Manchester club thought was worth paying £76m to Everton for in the first place. His form, combined with his partnership with Lautaro Martínez, will be crucial for Inter’s title push for the rest of the season.

Domenico Berardi, Sassuolo – 78 to 80 (Not actually upgraded in the database but he deserves one) 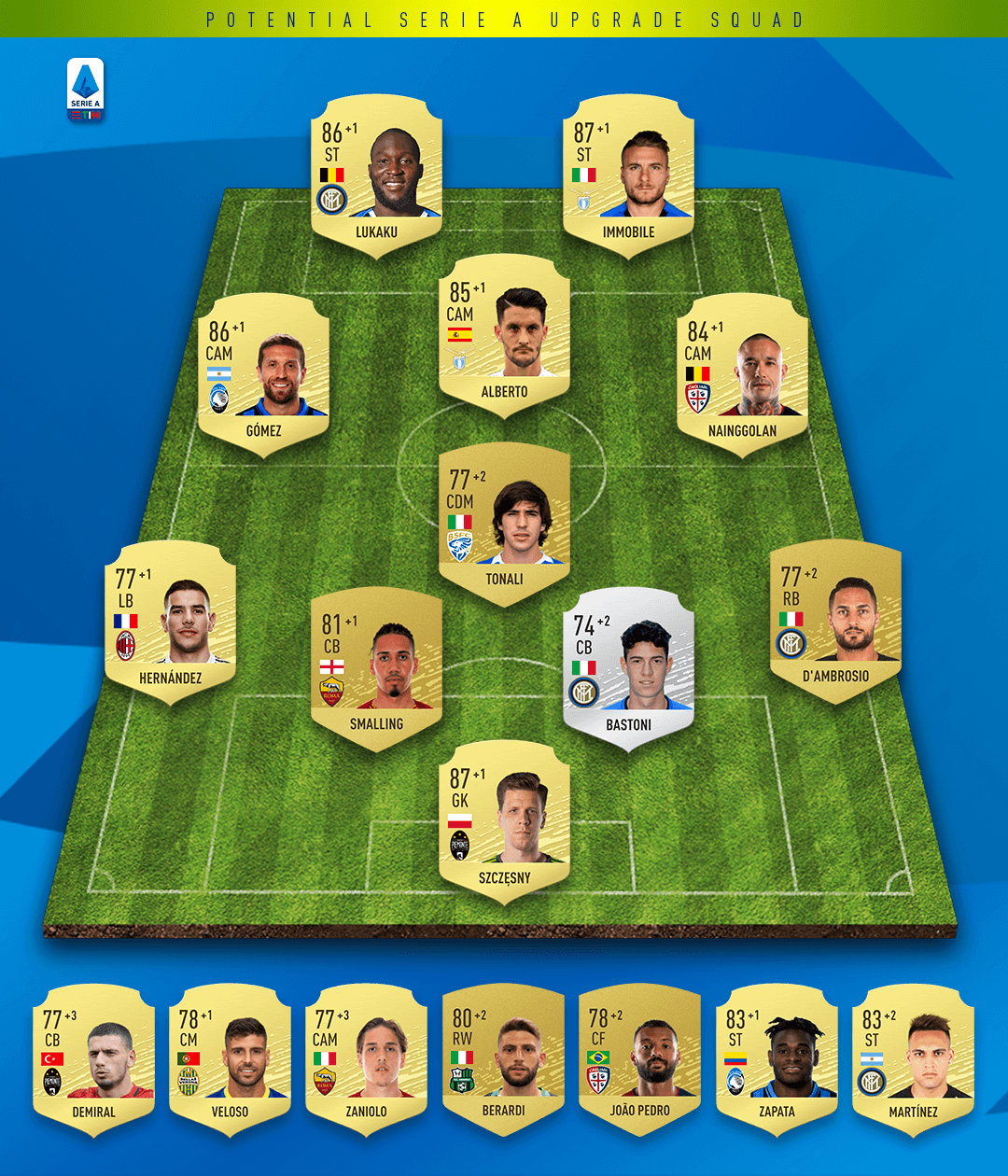 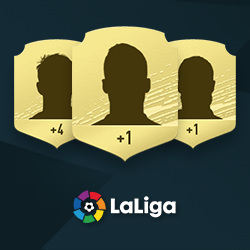 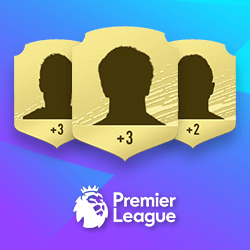 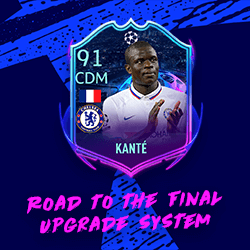 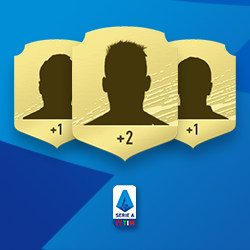 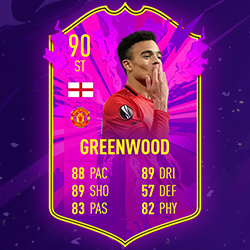