After having played around for 150 games with Dennis "Iceman" Bergkamp, my youth hero and all-time favorite player from my home nation, I decided to write a review about him. This might be slightly biased though.

Bergkamp can play as both a CAM and a ST and is very prolific in both of these positions. I've used him mostly as a ST in either 4-4-2 or 4-3-3(4) and played him around 20 games at CAM (with Engine chem style) when I was trying different formations. I think he's slightly more suited as a CAM due to his exceptional passing and long shots, aswell as his dribbling and relatively "decent" pace, even though 84 is not low at all.

The legend of Iceman continues in this iteration of FIFA and he is truly a wonder to play with, he really feels like an icon and is way better for me than any other striker I've used. This includes TIF Aguero/90 Henry/93 MvB/Auba. He feels very smooth on the ball, which was most surprising to me. I think his dribbling stats reflect what this man was capable of when he played his best seasons at Arsenal. His hold up play is unparalleled and playing him at striker made all of my other players play better due to well placed passes. He finishes almost all crosses and other set-ups from my players, that is if they are placed low. That brings me to his one of his only downsides to playing this guy at striker, which is his heading. He scored around 5 headers for me, but missed more than twice as many. Another other slight annoyance is his M/M workrates, so make sure to properly set your instructions since he tracks back sometimes which is undesirable. Mine are at press backline, which keeps him forward a bit more.

However, Bergkamp can shoot on target from pretty much anywhere within 30m of the goal, has a fantastic finesse shot and finishes almost all chances he gets in the box. With his dribbling and 4*/4* he can create for himself aswell. He has the chip shot trait which served me well in certain goals I guess, but is generally a "whatever" trait. He scored around 1.1-1.2 goals per game for me and together with his assists it's around 2.0 G/A per game, which is a fantastic return. I play mostly divisions and squad battles though, as I can't really be bothered with the 40 games of WL.

All in all I think Bergkamp has changed my game the most out of any player I've used, and has done so in a great way. This guy is truly a game changer whether you play him at CAM or ST and is exceptional in this game. 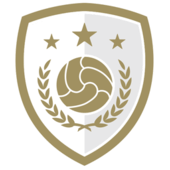 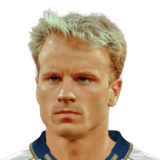 Well, let me start this review by telling you that Bergkamp is outstanding. All the stats i am going to talk about include the boost he gets with a Finisher Chem Style. I tried him with an Engine as well, but trust me: Give this guy some strengt and increase his shooting even more, it will pay off. I played him at CAM in a 4231 next to Rui Costa, Litman...
Read full review

I did the Bergkamp SBC because I wanted to try a striker that was a little taller and slower than most players I've used and so it was a bit of a gamble. However, after getting using him for 5/6, making sure I had him playing in the right position with the right chemistry style, I can happily say it was worth every coin. I initially tried him at CF and then at RS, and didn't find much success. But once I used him as a lone ...
Read full review
0
/600
Update my avatar Dos and don'ts
Top Rated
New
Controversial
Show comments