Diego Costa is a player that I really love in real life. I am a Chelsea fan and loved how he played for us, shame he had to leave. I'm going to be totally honest however with the review of his card, as I have to be. As soon as I saw his 91 released, I wanted to try it. And now, I got it. Let's go.

Pace - He feels pretty fast for a player with only 78 acceleration and 80 sprint speed. His agility isn't solid as well, but I've used him with a Hunter and he is quite fast. He can sprint past slower centerbacks (70 pace or so) and his height probably helps too with increasing his running speed. By faster defenders and fast fullbacks he obviously can be caught, but I'll get later on why that isn't really a problem.

Shooting - One word. Brilliant. Scores for fun, inside the box, outside the box, on the left foot, on the right foot, doesn't matter. 96 Finishing with 92 shot power and 92 composure makes him an extremely big threat in front of goal. He rarely misses the target, I've only seen him miss from (too) tight angles, but even that happens rarely.

Passing - Although his vision is quite good, 74 short passing for a target man is too little. And you could notice that. I am really considering giving him a Catalyst chemstyle and see whether it fixes his short passing, because it isn't the best. His long passing isn't good either, but a target man rarely passes a ball over a long distance so I'm not gonna hold it against him. His curve would suggest he can't score finesse shots, but he definitely can. Not sure if his shooting stats make up for that.

Dribbling - For a player as tall and strong as Costa is, his dribbling is really nice. His ball control is amazing (91) and you can feel that. 85 dribbling doesn't look exceptional but for a player like he is it is. Crazily enough felt decent on the turn as well, despite having really low balance. He isn't the best dribbler, you can't compare him to Neymar for example, but he is really good. His reactions are fantastic as well.

Defending - Obviously poor as with most strikers. Not gonna talk about it, I'll talk about heading accuracy alongside the jumping.

Physical - This is his best stat. His jumping is low, but he can actually win a lot of headers near-post from corners and crosses and coupled with his solid heading accuracy, Costa can be really threatening in the air, even against the best jumpers (Silva, Chiellini, Ramos). He's got great stamina, enough to last a whole 120 minutes without really getting tired (I replenish condition every game). But the best part, as expected, is his combination of Strength and Aggression. Being 96 and 98 respectively, you just cannot push Costa off the ball. Even the strongest defenders only have the option to tackle, you will not be able to push him away, only bring him out of balance (which happened to me 0 times). And because he is that strong, defenders catching up with him is not an issue, as he will most likely hold the ball anyway. I've used a lot of strong strikers this year (TOTS Higuain, 94 Giroud) but none were as strong as Costa.

He is definitely an excellent card, FUT-champs worthy. Used it in D1 and FUT Champs and I am gonna keep him probably for the remainder of the game. For 30K this is a mean card to use. Easy to link (perfect link to 94 Torres, which I have to try out yet) and with the amount of great Spanish player you won't have issues. 4 star weak foot is excellent, 3 star skills is fine for a player as Diego, he can still use the heel-to-heel flick and ball rolls as ways to fool your opponent, and finally, he's got perfect workrates for a target-man striker. I would absolutely recommend anyone to try this card, it's a shame a card like this wasn't in the game earlier. 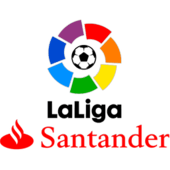 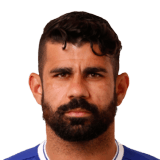 Incredible Value, Diego Costa is of course not the perfect striker, depending on your football style, I like to have two strikers upfront, one that is a quick and then one that is just incredible in the air and a better shooter. Diego Costa is not a fast player at all by all means, but he isn't exactly slow either as he takes on centre backs with ease. Flawless in the air and with shooting, long shots decent, finesse shots ...
Read full review
0
/600
Update my avatar Dos and don'ts
Top Rated
New
Controversial
Show comments